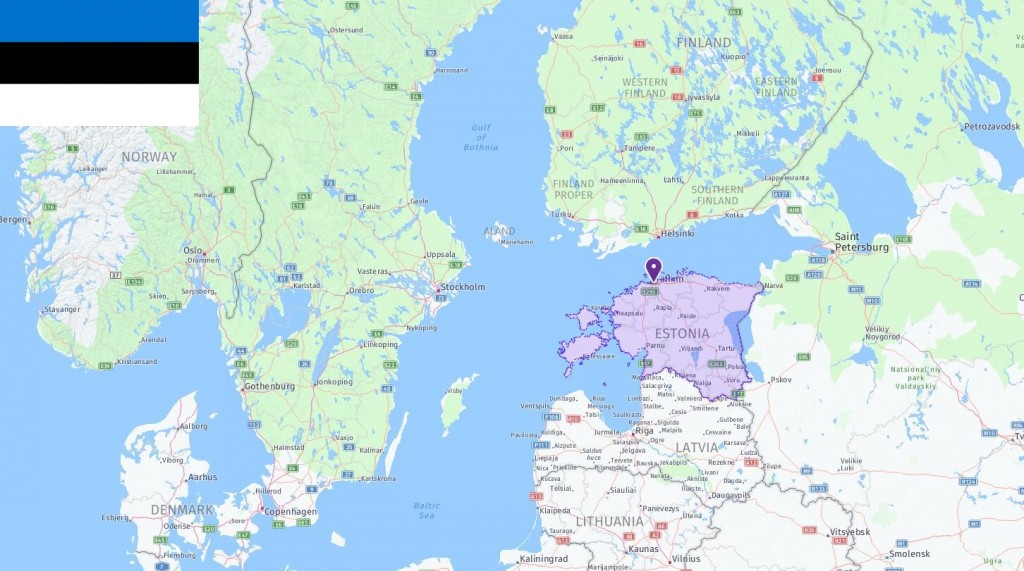 The most commonly used abbreviations about Estonia are EE which stands for Estonia and EUR which means Euro (Estonia currency). In the following table, you can see all acronyms related to Estonia, including abbreviations for airport, city, school, port, government, and etc. 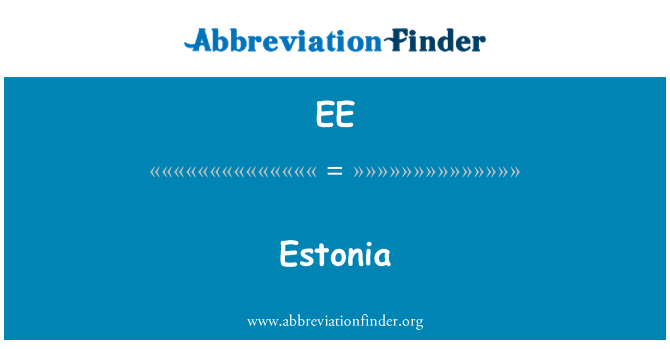 Estonia is a small country with a long coastline to the Baltic Sea and the Gulf of Finland. About 1500 islands and islets belong to the country. Estonia is mostly flat, but in the southeast there are hilly areas. Almost one third of the land area is swamp land and more than 40 per cent is covered by forest. However, the consequences of rapid deforestation are feared.

Estonia has over a thousand lakes. Peipus is the largest and, together with the river Narva, forms a kind of border with Russia in the east. Estonia has both coastal and inland climate, and there are four regular seasons. The country has been one of Europe’s worst air pollutants, largely due to oil shale being used for power plants, and emitting large amounts of sulfur dioxide. The polluted air with ash and slag has spread over large areas. The pollution was also an important issue in Estonia’s struggle for liberation from the Soviet Union. Radioactive waste after uranium extraction, dumping of aviation fuel, eutrophication, contaminated drinking water and sewage accounted for serious destruction during the Soviet era, and the cleanup has been very costly.

Estonia was independent until the 13th century. Then the Danes and Germans split the land between them. In 1346, Denmark sold its share to the Germans following a major Estonian uprising in the north. Several cities joined the Hanseatic League, and many enjoyed it. In the 16th century, the Germans were weakened and Sweden gradually took over the country. Russia wanted to incorporate Estonia into its realm, and after several wars with Sweden, Russia finally won control in 1721. A long period of peace followed the reconstruction of many wars on Estonian soil. In 1917, tsarism fell in Russia, and Estonia declared itself independent. A war of liberty over the next few years led in 1920 to a peace treaty in which Russia accepted the demand for independence. Estonia declared itself neutral when World War II broke out in 1939, but an agreement between Germany and the Soviet Union caused the country to join the Soviet Union in 1940. The Soviet regime was interrupted by German occupation in 1941-1944, before Estonia again became part of the Soviet Union. In 1991, the Soviet Union collapsed.

Estonia is a parliamentary republic. Parliament elects a president for five years, who then recommends a prime minister who must be approved by parliament. Since independence in 1991, the country has been led by unstable coalition governments; before 2009, no governments had sat for a full term.

Estonia joined the EU and NATO in 2004, following extensive reforms. Relations with Russia are poor. In addition to the border disputes between countries, Russia is a sharp critic of the Estonian system of citizenship. Although the rules have been modified in recent years, they are still so strict that about half of the Russian-speaking citizens of Estonia lack citizenship.

The financial problems were big in the years after Estonia left the Soviet Union. The transition from planning economics to market economies caused prices to rise dramatically. Towards the end of the 1990s, the economic situation turned around, and the economy grew sharply beyond the 2000s. In 2007, Estonia had the EU’s second highest economic growth. The country has recovered after the financial crisis in 2008-2009, primarily through increased exports. Estonia introduced the euro as currency in 2011. Today, the services sector accounts for two-thirds of GDP. The industry accounts for a third, while agriculture has become less important. Estonia is one of Europe’s most advanced IT companies. Although the country is the richest of the Baltic countries, unemployment is noticeable, and many of its inhabitants are still poor.