Podgorica is the country’s economic, cultural and educational center. In addition to the Montenegrin Academy of Sciences and Arts, the city has a university (founded in 1974), the Mediterranean University (founded in 2006, first private university in Montenegro), a national library and a national theater. The most important museums are the Natural History Museum and the City Museum as well as several galleries.

Even after the collapse of Yugoslavia, some industrial companies were able to survive the conversion crisis: aluminum smelting (bauxite mining near Podgorica), mechanical engineering, textile industry, tobacco processing; the public service sector is an important employer. Podgorica is a traffic junction on the Bar – Belgrade railway line opened in 1976 (branch line to Shkodër in Albania); the city has an international airport.

The eventful history and the severe destruction during the Second World War result in a mixed city bid. One of the oldest preserved buildings is the Georgskirche (10th century, rebuilt several times) with remains of frescoes from the 14th-17th centuries. Century. The clock tower, two mosques and the citadel are witnesses of the Ottoman period. Landmarks of the modern city are the Millennium Road Bridge over the Morača (opened in 2005) and the Dajbabska Gora television tower with viewing platform (opened in 2011, 55 m high). After 20 years of construction, the Orthodox Cathedral (almost 36 m high dome, rich interior decoration) was inaugurated in 2013.

Podgorica, which dates back to an Illyrian-Roman settlement, was first mentioned in 1326. In the Middle Ages it was under Serbian and Venetian rule, and from 1474–1878 under Ottoman rule. During the Second World War, the city was almost completely destroyed after several air raids. Since 1946 the capital of the Republic of Montenegro, Podgorica became the capital of the independent Montenegro in 2006. 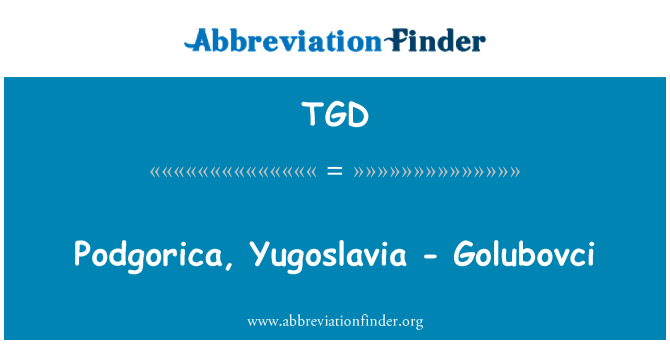