Riyadh, Ar-Rijad, Ar-Riyad, capital of Saudi Arabia, 585 m above sea level, extends on a desert plateau in the center of the Arabian Peninsula, on the edge of the (only periodically water-bearing) Wadi Hanifa, (2018) 6, 9 million residents (one third of whom are guest workers).

King Saud University (founded 1957), Islamic University (founded 1975), TH and others. Colleges; Military academy; Industrial research and development center; National Library, Museums; Seat of the ministries and foreign embassies and of major banks. Significant as an oasis city and traffic junction since the 19th century, Riyadh has developed into the largest city and economic center of Saudi Arabia due to the expansion of the oil industry despite its unfavorable natural location (partly supply of desalinated seawater through a pipeline from Jubail on the Persian Gulf); Cement factory, plastic pipe factory, petroleum refinery; End point of the single-track railway line from Dammam. Riyadh is connected to all major parts of the country by highways; international airport (newly built in 1984).

Only the fort (18th century) has been preserved from the traditional clay building architecture. Architects such as R. Gutbrod, H. Larsen, P. L. Nervi, F. Otto, A. Speer, Yamasaki Minoru and architects from SOM worked with the design of numerous public buildings (universities, sports facilities, hospitals) as well as the royal palaces and luxury hotels. The most striking buildings in the city are the two modern skyscrapers Burj Al Faisaliyah (2000) by the British architect Norman Foster and Burj Al Mamlaka / Kingdom Center (2002).

Riad, originally an oasis square surrounded by dense date palm groves near Darija, the center of the Wahhabi state (until 1818), was fortified by the Saudites from 1821 and became their ancestral seat. It was occupied from 1884–1902 by the Ibn Raschid dynasty from Hail (Shammar). Recaptured in 1902 by Ibn Saud, Riyadh was declared the capital of the Kingdom of Saudi Arabia in 1932 (from 1950 development into a large city based on the western model). 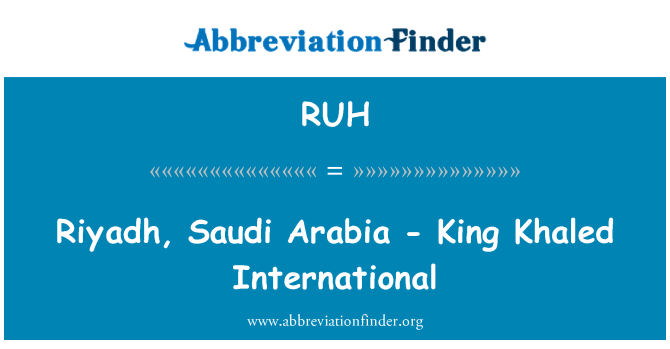