What is the abbreviation for South Carolina state? South Carolina is located in the southeastern part of the USA on the Atlantic Ocean and is one of the so-called southern states. South Carolina borders North Carolina to the north and Georgia to the west and southwest. From the 1650s it was settled by the English, with most of the settlers from the colonies of Bermuda, New England (today’s Connecticut, New Hampshire, Maine, Massachusetts, Rhode Island and Vermont) and Virginia came. The area was named after the English king Charles I (Carolus lat. For Charles). However, it was still the Province of Carolina, which was only separated from North Carolina and South Carolina from 1710 and 1712 (officially in 1729). The state’s nickname today is “The Palmetto State”. In contrast to the other states, South Carolina has two state mottoes, “Dum spiro spero” (as long as I breathe, I hope) and “Animis opibusque parati” (ready in spirit and means).

Nowadays, South Carolina is a popular tourist destination due to its scenic landscape and many historic sites. In addition to tourism, which is mostly limited to the regions on the Atlantic, the chemical industry, the electronics industry, wood processing and the textile industry. The cultivation of tobacco and cotton represents the most important part of the agricultural sector. It is also worth mentioning that in this state “godless” are not allowed to hold any public office. In Charleston, Joseph Pulitzer, who was born in Hungary, died on October 29, 1911 – the founder of the Pulitzer Prize, which has been awarded since 1917.

History of the Civil War in South Carolina
The southern and northern states of the United States had major problems with each other long before the beginning of the civil war. On December 20, 1860, South Carolina broke away from the Union and thus gave rise to the formation of the Confederacy of the “Southern States”. As a result, more and more bases of the Unionists of the north in the southern states were closed. In the end, there were only two: one was Fort Sumter before entering Charleston, South Carolina and the other was Fort Pickens near Pensacola, Florida. On April 12, 1861 at 4:30 a.m., the Confederates (southern states) began shelling the strategically important Fort Sumter, opening the American Civil War, which ultimately killed approximately 620,000 soldiers. Fort Summer’s crew had to surrender three days after the war began.

Columbia
The city of Columbia is the capital of the state of South Carolina and, with approximately 130,000, also the largest city in the state. As many as 800,000 people live in the city’s metropolitan area. Columbia is in the geographic center of South Carolina. Columbia was founded in the 17th century and from 1786 Columbia was consistently expanded as a planned city and replaced Charleston as the capital. The city is named after Christopher Columbus. Visitors to the city will find many historic buildings, museums and galleries.

Charleston
The city of Charleston has approximately 125,000 inhabitants and is located in the south of South Carolina on an inlet of the Atlantic. The city was founded in 1670 as Charles Towne, making it the oldest city in the state. Until 1788, Charleston was also the capital of South Carolina. So the city is rich in history and culture. Thus, on April 12, 1861, the American bloody civil war began with the shelling of Fort Sumter, which was occupied by the northern states. The city’s port has long played an important role in the import of slaves.

And only in June 2018 did the city officially apologize for its role in slavery after a fierce and lengthy debate and with seven to five votes. The urban area south of Highway 17 to the confluence of the Cooper River and Ashley River is particularly beautiful. Here you can admire wonderful houses in the architectural style from the time before the civil war and the streets littered with magnolia trees. Visitors will also find museums and galleries, and much more. Even the first museum in the United States, the Charleston Museum, is located here. Incidentally, the fashion dance of the same name also comes from here.

Georgetown
The small town of Georgetown with its approx. 9,000 inhabitants is located in the southeast of the state on the Atlantic coast between Myrtle Beach and Charleston on Winyah Bay at the end of the well-known holiday area Grand Strand. The historic port city was founded in 1732, making it the third oldest city in South Carolina. The port continues to play an important role in the city today, as it is the second largest in the state. Despite its size, the city is rich in attractions such as museums and historically interesting places. In particular, the historic antebellum-style buildings, such as the Kaminski House, allow visitors to immerse themselves in times long past.

Myrtle Beach
The city of Myrtle Beach has approximately 27,000 residents and is located east of South Carolina near the border with the state of North Carolina. Myrtle Beach is the region’s tourist hotspot in summer. No wonder, since Myrtle Beach is roughly in the center of Grand Strand. The city also convinces with its beaches and its climate. However, you are not alone here because the city attracts over 14 million visitors every year. These get along, because beaches, museums, galleries and many other attractions make the city popular. The Myrtle Beach Boardwalk, newly opened in 2010, is also particularly recommended, an approximately 2 km long beach promenade.

Spartanburg
The city of Spartanburg is in northwestern South Carolina in the foothills of the Blue Ridge Mountains and has approximately 37,000 residents. Up to 285,000 people live in the metropolitan area of ​​the city. The city was founded in 1831 and in earlier times Spartanburg was a hub for rail traffic. Spartanburg is a university city, which can also be seen from the fact that the city has a very active and up-and-coming art scene. There are some attractions in the city such as historical buildings and theaters, but there are also many historically interesting sights in the surrounding area. 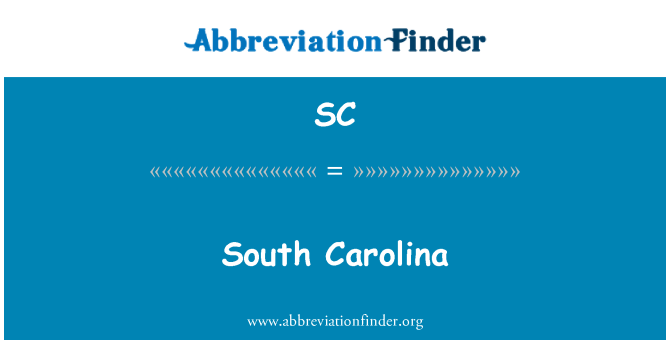