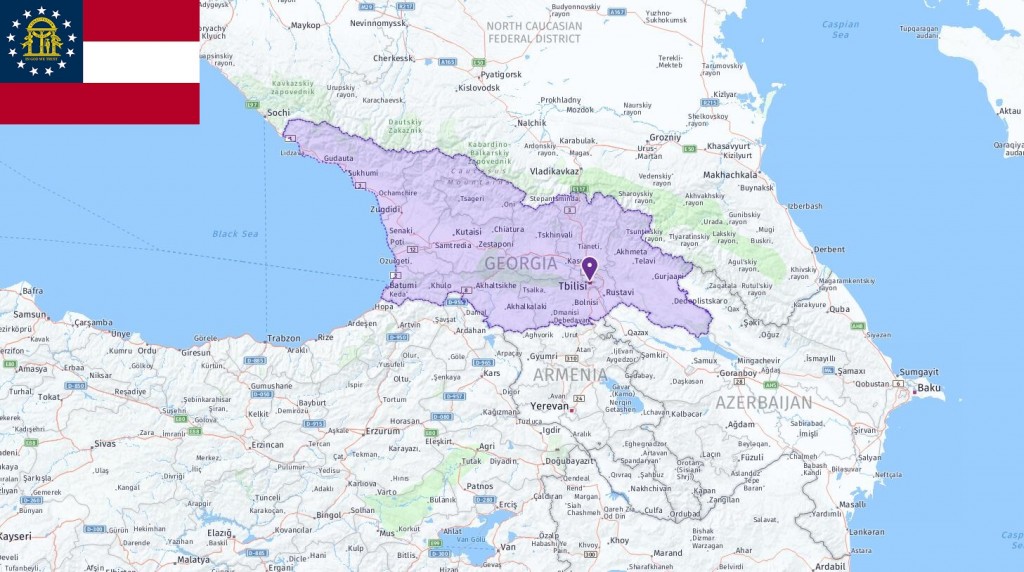 The most commonly used abbreviations about Georgia are GE which stands for Georgia and GEL which means Georgian lari (Georgia currency). In the following table, you can see all acronyms related to Georgia, including abbreviations for airport, city, school, port, government, and etc. 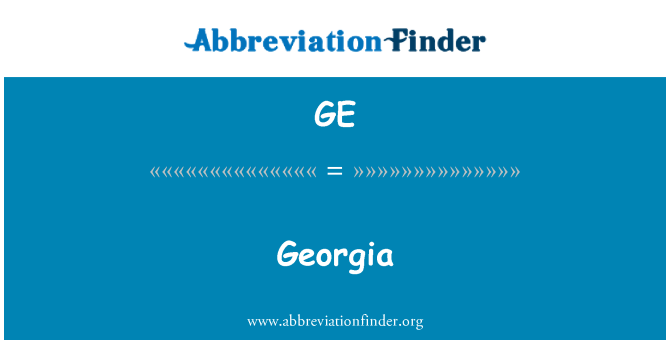 Georgia is a country made up of a lot of mountains. In the north, the Great Caucasus mountain range forms a border with Russia, while in the south the Little Caucasus mountain range forms a border with Turkey and Armenia. Centrally in the country, the Suram Highlands link the mountain ranges. To the west there is a lower plain that extends towards the Black Sea. The highest mountain, Sjkhara, lies in the Great Caucasus, reaching an altitude of 5068 meters

The climate varies widely from the proximity to the Black Sea and the elevation differences. In the west, there is a subtropical climate with hot summers and mild, rainy winters. In the east, the climate is continental with little rainfall, cool winters and hot summers.

The biggest environmental challenges in Georgia are regional pollution and deforestation issues. Much of the natural environment of the western plain has disappeared due to agriculture and urbanization. Large parts of the forest that previously covered this area are now gone. Industrial discharges have led to heavy air and water pollution in and around the major cities. The use of fertilizers and pesticides in agriculture also causes the soil to be destroyed in many areas.

Georgian peoples have lived in Georgia for at least 3000 years. Due to the location between Central Asia and Europe, the country has been invaded and controlled by a number of different kingdoms and peoples. In the 500 and 400 century BCE. invaded the Persians and Greeks, then the Romans came around 60 BCE. In the 300s the area was Christianized, before the Arabs occupied the region in the 600s. Then around 1100 the area was gathered in a kingdom, and a Georgian golden age began. The culture flourished and the country grew in size. When Mongol warriors invaded the 13th century, Georgia was divided into many small kingdoms before a 300-year Turkish occupation followed.

It was not until the 18th century that the country was again united in a kingdom. Hoping to gain protection, the country entered into an alliance with Russia. In 1801, the area was incorporated as a province of Russia. When the Russian tsar collapsed in 1917, Georgia became independent again. However, independence was short-lived, and in 1921 the country was occupied by the Soviet Union. After the collapse of the Soviet Union in 1991, Georgia became an independent republic. Since then, the country has been characterized by internal divisions, war and poverty.

Georgia is a republic where the president is the head of state. The executive power lies with the president who is elected directly for five years. The government, which is governed by the prime minister, is elected by a parliament. Parliament’s 150 seats are elected every four years.

After independence, the regions of Abkhazia, Adzaria and South Ossetia declared independence from Georgia. The statements were not accepted by the Georgia government, but received support from Russia. In 2008, war broke out in South Ossetia when Georgia used military force to regain control of the region. Russia went to military attack on Georgia, taking control of both South Ossetia and Abkhazia. A ceasefire later that year ended the bloody conflicts, but Russia retained military forces in the outbreak regions. The situation is still unclear, and it is uncertain whether the regions will achieve independence, remain Georgian or become Russian.

Georgia is closely allied with the United States and Western Europe, and wants to join both NATO and the EU. The society is characterized by many years of unstable political leadership, war and ethnic disagreements. The social welfare system is poorly developed, and benefits such as pensions, health care, education or unemployment benefits are often inadequate and unpredictable.

The disintegration of the Soviet Union led to an economic collapse in Georgia. Later, the internal conflicts also exacerbated the economic crisis. The industry has struggled with high energy prices since the Soviet subsidy prices ended. The most important industrial products are wine, metal products, machinery and chemicals. Western Georgia’s mild climate has made it a historically important agricultural land. The country produces a lot of fruit, tea, grapes, corn and wheat. The main export goods are iron and metal products, aircraft, tea and citrus fruits.

International aid has helped the economy out of the worst crisis following the collapse of the Soviet Union and the war with Russia. Political measures have helped to reduce corruption, and poverty has fallen sharply. However, around 21 percent of the population still lives below the national poverty line. Poverty is most prevalent in and around cities where the population cannot farm for their own consumption. The situation in the cities has also led to widespread crime, prostitution and human trafficking. Many children in the cities are homeless, and are particularly exposed to organized trafficking and prostitution.