Tbilisi, Georgian Tbilisi [db-; »Warmbrunn«], capital of Georgia, 406–522 m above sea level, extends (almost 40 km) in terraces in the valley of the middle Kura , which is open to the north, (2019) 1.1 million residents (many emigrated during the 1990s Russians and Ukrainians, immigration of refugees, especially from Abkhazia).

The Ioristausee (“Tbilisi Sea”; 12.5 km 2) is located in a basin in the city area; Local recreation area); Seat of the Catholicos of the Orthodox Church of Georgia; Georgian Academy of Sciences, Academy of Arts, University, Technical University, Agricultural University, numerous universities (including for sports, medicine, music, theater, trade), many museums (including Museum of the History of Georgia, the History and Ethnography of Tbilisi, Open-Air Museum for Georgian Folk art, picture gallery and art museum), philharmonic hall, Goethe-Institut, botanical and zoological garden and several theaters (especially the Paliashvili opera house); The film and television studios are internationally known. Most important industrial center in Georgia; Machine and rail vehicle construction, textile and clothing, paper, food and luxury goods industries (wine and sparkling wine cellars, spirits production); industrial decline during the 1990s as a result of the civil war and political and economic instability; Tourism (thermal and mineral springs up to 47 ° C); pronounced informal sector. Tbilisi is the traffic center at the end of the Transcaucasian Car Highway (Georgian Military Road) from Vladikavkaz (Russia), railway connection to Yerevan and Baku and via Sukhumi to Russia (currently interrupted). Important oil and gas pipelines run via Tbilisi from Baku (Azerbaijan) to the Black Sea port of Supsa and via Erzurum to the Turkish Mediterranean port of Ceyhan; international Airport; Underground (in operation since 1966).

In the south-east, to the right of the Kura, under the ruins of the Narikala fortress (late 4th – 17th, especially 8th century), lies the fortified old town district of Kala, once the home of the Georgian nobility, who made up 10% of the total population in the 19th century. with narrow, steep streets, two- to three-story houses and elegant city residences (with carved wooden balconies and verandas), the Zion Cathedral (originally 6th / 7th centuries and 13th centuries) and the Anchishati basilica (originally 6th century, in the 17th century) Century rebuilt; bell tower 1675). On the left bank of the Kura, the Metekhi Church (1278–89) rises from the old town district of Issani (“fortress”; called Awlabar since the 14th century; Armenian district in the 19th century); to the north is the predominantly classical New Town. New residential areas were built on the outskirts. Since Tbilisi has been devastated more than forty times in the course of its history (most recently in 1795), the profane old town buildings only show older structures in the foundation walls.

Traces of settlement in the area of ​​Tbilisi go back to the 4th / 3rd centuries. Millennium BC BC back. In the 6th century Tbilisi became the capital of the eastern Georgian kingdom of Iberia; the situation on the connecting roads to the eastern Transcaucasia and between Central and Asia Minor caused an economic upswing. Conquered by the Arabs in the 2nd half of the 7th century, Tbilisi had been the capital of an emirate from the 30s of the 8th century. In 1122 the Georgian King David IV (II), the builder (1089–1125), liberated the city and made it the capital of a united Christian-Georgian central state and a flourishing trading center in the Middle East. After the devastation in 1225 by Jalal-ad-din, the Central Asian Shah expelled from his empire in Khorezm by the Mongols, and the incursion of Timur (1386–1402), Tbilisi was alternately under Ottoman and Persian rule until the 18th century; In 1762 it became the capital of the united (comprising Kakheti and Kartlien) Eastern Georgian Kingdom, and in 1795 by the Iranian Shah Agha Mohammed burned down as punishment for East Georgia’s protective alliance with Russia; In 1801 it fell to Russia (provincial capital, since 1845 residence of the Tsar’s governor in Transcaucasia). 1918-21 Tbilisi was the seat of the Menshevik government of the Georgian Republic (overthrown by the Red Army in February 1921). In 1921 it became the capital of the Georgian SSR (1922-36 simultaneously the Transcaucasian Socialist Federal Soviet Republic). The suppression of a peaceful demonstration in the city on April 9, 1989 led to a final break with the central Soviet power. 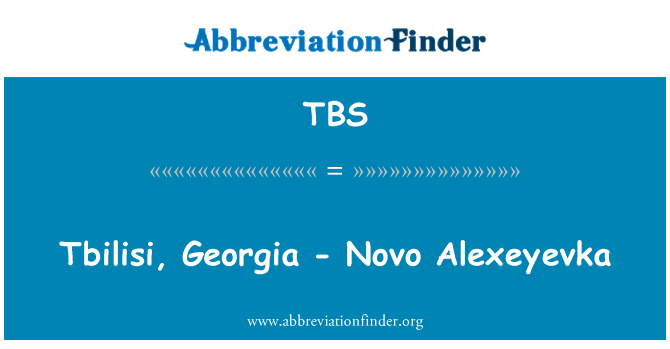