Bergen lies between the seven mountains, of which Fløyen and Ulriken are the most famous. The tourists head to the oldest part of the city, situated around the bay of Vågen. Here is the Fish Market and the UNESCO-protected wooden buildings on Bryggen, with roots from the 18th century.

Further south lies the main square, the large Torgall view. On the side of Vågen lies the peninsula Nordnes, where you will find Bergen’s famous Aquarium.

Population:
Approximately 250000. With this, Bergen is Norway’s second largest city. 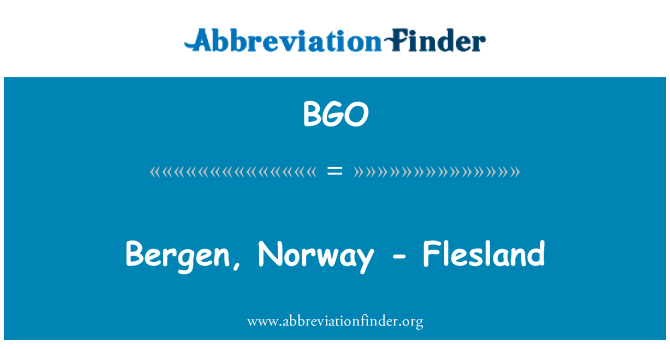 The most commonly used abbreviations about Bergen is BGO which stands for Bergen. In the following table, you can see all acronyms related to Bergen, including abbreviations for airport, city, school, port, government, and etc.