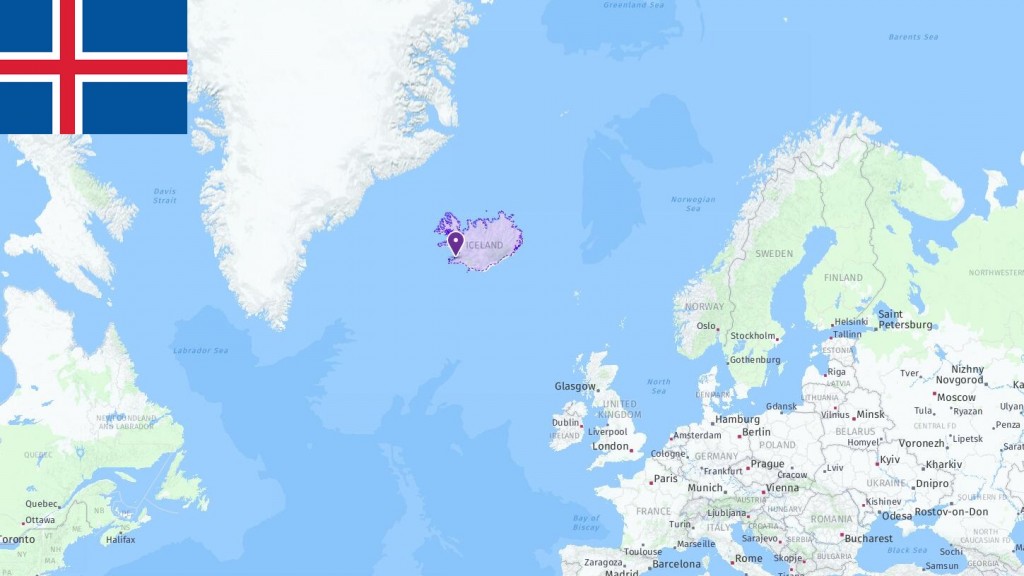 The most commonly used abbreviations about Iceland are IS which stands for Iceland and ISK which means Icelandic króna (Iceland currency). In the following table, you can see all acronyms related to Iceland, including abbreviations for airport, city, school, port, government, and etc. 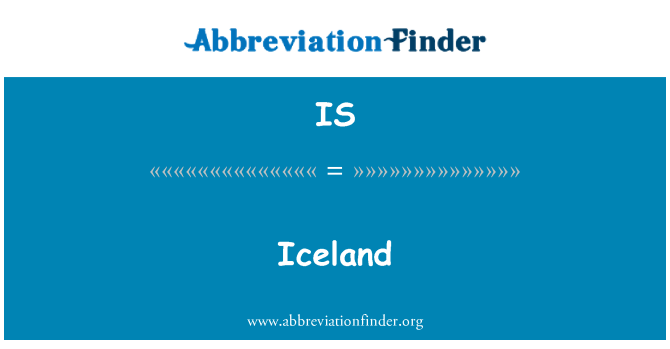 One tenth of Iceland is covered by glaciers. The center of the island consists of a plateau with high mountains and glaciers. The coastal areas are flatter, with many fjords. The island is located in the middle of two continental plates, which means that the country has several volcanoes, hot springs and geysers. On average, Iceland has volcanic eruptions every five years. In 1963, the new island of Surtsey was formed by a major underwater outbreak.

Iceland lies just south of the Arctic Circle, but the Gulf Stream makes the climate relatively mild. The country has cool summers and mild winters and most ports are ice-free.

The greatest environmental challenges arise from soil erosion due to wind and overgrazing. Overgogst has wiped out all natural forest on the island, which has also contributed to increased soil erosion.

Iceland was probably inhabited by Irish monks before 800 AD. The first permanent settlements came around the year 880. Most people who traveled to Iceland in the 800’s were exiled or refugees from the king’s power in Norway. In the 900s, a people government was established in Iceland, called everything. This early form of democracy was unique in a world context, in that most countries in the world at that time were monarchies or imperial rulers. Around the year 1000, it was decided that Iceland should be a Christian country.

In the year 1262, Iceland was placed under Norwegian control, as the country was entirely dependent on Norway financially. When Norwegian power declined in favor of the Danish, Iceland became a part of Denmark in the year 1536. It gradually grew an Icelandic liberation movement, and in 1870 the country got its own constitution. In 1918 the country became independent but continued in union with Denmark. During World War II, the United States took military control over Iceland, as Denmark was occupied by the Germans. After a referendum, Iceland became completely independent in 1944. In the 1950s, the country signed an agreement with the United States on military protection.

Iceland is a republic with the president as the supreme leader. The president has little political power and mostly has ceremonial duties. After the Constitution of 1944, the country has a parliamentary board, based on democracy and multi-party elections. It is the prime minister who is the head of government and appoints the government.

Iceland, like the other Nordic countries, has a long social-democratic tradition. The country has a robust welfare system, with free education, a good health care system and good social and social security schemes. The global financial crisis in 2008 had major consequences for many Icelanders, and confidence in politicians was drastically weakened. Although Iceland has been in talks with the EU, plans for EU membership have so far been put on ice.

Iceland is one of the most equal societies in the world. The country has long been one of the advocates of women’s rights. In 2010, Iceland was the first country in the world to elect an openly gay prime minister.

Iceland has long been one of the richest countries in the world. The economy was largely based on the fish industry, which accounted for 60 per cent of export revenue. In the 1990s, the authorities started a strong liberalization of the economy. Government enterprises were sold and the largest banks were privatized. The financial sector grew large, and many Icelandic banks established themselves abroad. This created a very high economic growth.

Before the financial crisis hit, Icelandic banks had a turnover twelve times greater than the country’s gross domestic product. In addition, banks had an equally large foreign debt, because they had taken out large loans abroad to finance their own loans. When the financial crisis hit in 2008, the three largest banks collapsed. The state took over the banks in an attempt to stabilize the economy. Many Icelandic companies went bankrupt, the Icelandic currency dropped dramatically in value and unemployment increased. Iceland became the first country in the Nordic region to receive a $ 2.1 billion crisis loan from the IMF. During 2010, the economy stabilized again, and in the following years there has been economic growth in the country.