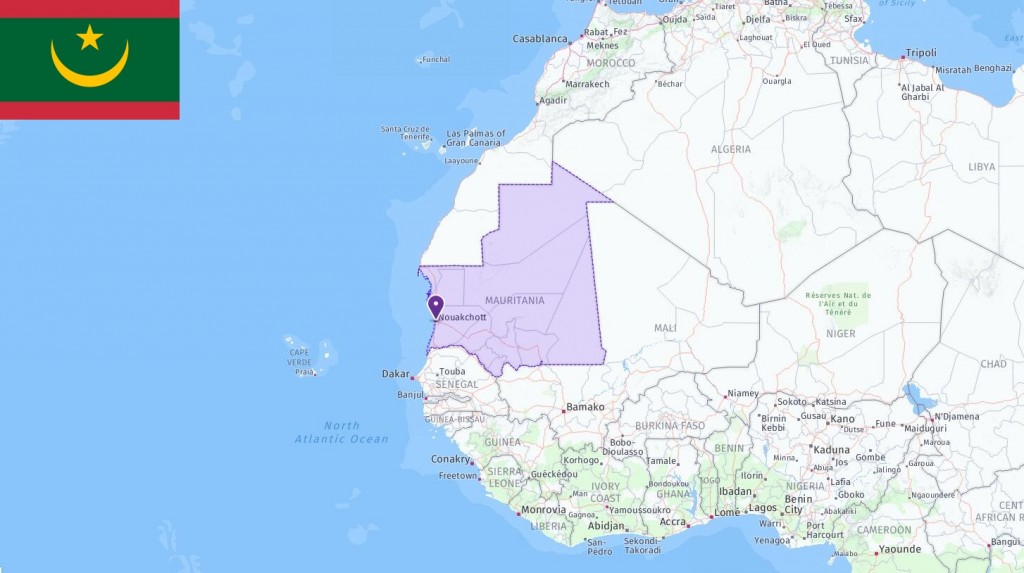 The most commonly used abbreviations about Mauritania are MR which stands for Mauritania and MRU which means Ouguiya (Mauritania currency). In the following table, you can see all acronyms related to Mauritania, including abbreviations for airport, city, school, port, government, and etc. 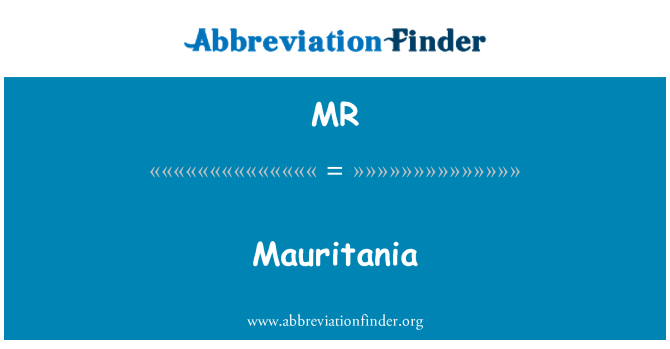 Mauritania is a dry country with very much desert and few mountain areas. Two-thirds of the country is covered by the Sahara desert, where it hardly ever rains and only scattered bush growths can survive. This area is very sparsely populated and experiences extreme temperature fluctuations – from 0 degrees in the middle of the night and up to 50 degrees Celsius during the day. Further south in the country are the Sahel Desert and the Senegal River, which is a little more fertile than the vast desert in the north. Along the long coast, the climate is more temperate, but here too there is very little rainfall and sparsely populated.

Mauritania’s biggest environmental problem has been desertification since the drought periods of the 1960s and 1970s. Lack of control of the harvest of the sparse forest causes the soil to become depleted and the soil blows away. This has also led to several animal species being threatened with extinction. The country is also struggling with a lack of access to clean water, both because of falling rainfall and due to a lack of sewage treatment and industrial emissions.

For thousands of years hunters and fishermen lived in the area that is Mauritania. Around the year 200 AD the Berbers from North Africa began to settle in the area, displacing the native population. The southern areas of present-day Mauritania were dominated by empires in Mali and Ghana from the 8th century, while the northern areas were incorporated into the Muslim Almoravid empire.

In the 16th century, Moroccan forces conquered large parts of the country, introducing Arabic language, culture and community organization. At about the same time, European great powers began to establish temporary trading stations along the entire West African coastline. French forces began to take control of the area from the mid-1800s, and Mauritania was subject to France until 1960.

Mauritania formally became a one-party state in 1964. After a failed war in Western Sahara and a military coup in 1978, the country entered a period of changing undemocratic governments. Only in 1991 were several parties allowed and the constitution reformed. Nevertheless, the elections are still contentious and there were coups in both 2005 and 2008.

Mauritania is a republic with semi-presidential rule. This means that the president has many powers, but shares the government with the prime minister. The president is elected for five years at a time. The legislative assembly was split in two until 2017, when the president abolished the Senate.

Mauritanian politics is centered around the person and the parties are governed more by whichever group they come from than ideology. The Mauritanian society is divided between the Arab peoples in the north and the Africans in the south. Traditionally, the Arabs have suppressed the peoples of the south, and for centuries have held them as slaves. Slavery is still common in several areas, although the government banned this practice in 1981.

President Mohammed Ould Abdelaziz has dominated politics after taking power in a coup in 2008. The country has held elections ever since, but the president is accused of extensive electoral fraud. His government has hit hard on Islamist groups, and several organizations have criticized the country for gross human rights violations. Women are being discriminated against through the partially introduced Sharia law.

Throughout the 2000s, Mauritania’s economy has gradually grown stronger, thanks to exports of oil, gold, iron ore and copper, fishing and economic reform. Still, the economy is vulnerable, as the country is so dependent on fluctuations in the price of raw materials on the world market. Improved economy benefits only a few of its citizens. The majority of the population remains very poor, and subsist on simple farming and animal husbandry.

The country depends on assistance. The military coup in 2008 led the International Monetary Fund and several other international donors to cut the funding, while the international financial crisis hit the fishing, mining and construction industries. This had serious consequences for the economy of the country. In the years since, the economy has stabilized and started to grow again.