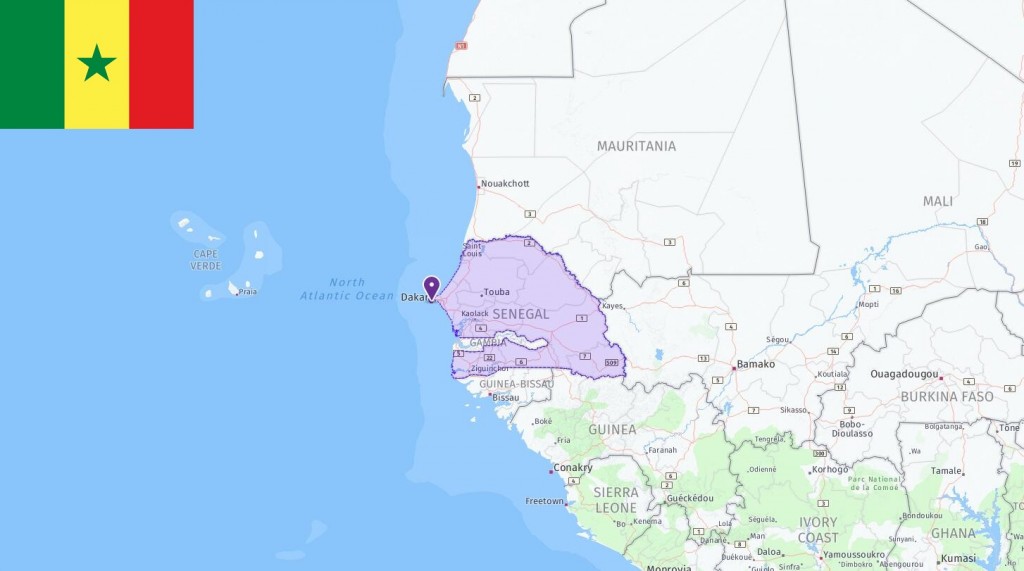 The most commonly used abbreviations about Senegal are SEN which stands for Senegal and XOF which means West African CFA franc (Senegal currency). In the following table, you can see all acronyms related to Senegal, including abbreviations for airport, city, school, port, government, and etc. 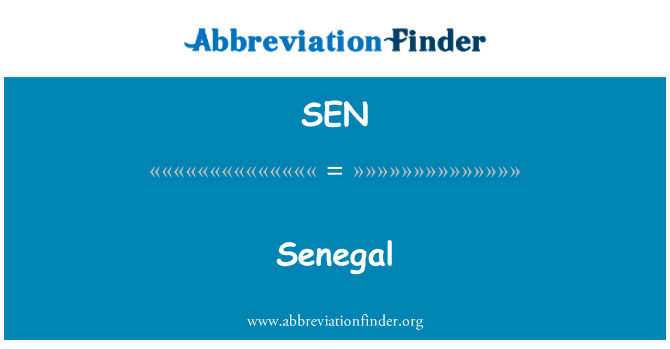 Senegal is a small coastal country in West Africa. The Cape Vert Peninsula, where the capital Dakar is located, is the westernmost point on the African mainland. The landscape consists of small hilly lowlands, with many rivers and mangrove swamps along the coast. The country’s longest river, the Senegal River, forms the border with Mauritania in the north. The northern part of the country belongs to the dry Sahel belt with savanna and bush. To the south, the savannah is lush. In the southwest is a belt of tropical rainforest. The rainy season lasts from June to October. The rainfall is unstable and there are often periods of drought.

The biggest environmental problems in Senegal are related to deforestation, overgrazing and soil erosion, which leads to desertification. In addition, illegal hunting, poaching and overfishing lead to a very threatened species diversity in the country. Inadequate sanitation and waste facilities also lead to much pollution of rivers and water.

People have lived in Senegal for at least 15,000 years. Parts of today’s Senegal were at times part of the mighty kingdoms of Ghana, Mali and Songhai. Eventually, wool folk and diol folk established their own smaller realms. As the empires flourished, Islam was gradually introduced into the region. In the mid-1400s, the Portuguese invaded, and beyond the 16th century, France, the Netherlands and the United Kingdom also began to compete for control of the area, which was strategically important for the passage of slaves to America. In 1885 Senegal officially became a French colony, which later became part of the larger Confederation of French West Africa.

Senegal joined the Allies in World War II, and many Senegalese perished. After the war, Senegalese nationalism and a demand for independence emerged. In 1946, all the inhabitants of the French colonies were granted the right to vote in the French parliament. In 1958, Senegal first became a self-governing region, before the country became fully independent in 1960. The next decade, Senegal was characterized by authoritarian rule, before political reforms allowed more parties to be allowed in the mid-1970s.

Senegal is a republic where the president is the head of state and the supreme commander of the military. The executive power lies with the president and the government and the prime minister is elected by him. The legislative power lies with the National Assembly. The country’s democracy is relatively well functioning and free, despite ethnic, religious and regional tensions. Freedom of speech, freedom of religion and freedom of association are enshrined in the Constitution.

Senegal was one of the first countries in Africa to have a multi-party system. Unlike most neighboring countries, there has never been a military or state coup in the country. In the southernmost region, however, the Casamance Democratic Forces (MFDC) movement has been waging an armed struggle for independence since 1982.

The health system in Senegal has major shortcomings and shortcomings. Conditions in the countryside are often considerably worse than in the cities. Almost half of the rural population lacks clean drinking water, which contributes to the spread of diseases and parasites. The country is also struggling with widespread child labor. Women’s rights are weak, and traditional cultural norms and rules have made society very gender-segregated.

Senegal’s capital Dakar is a national and regional trade center. The industry is relatively well developed and is mostly located around Dakar. Senegal’s leading position in the region as a free and stable country has provided a broad industry and a sustainable economy. Despite strong economic growth in recent years, the economy is relatively small, and the country has a low gross domestic product per capita.

The main industry for most people is agriculture and fishing. During the colonial era, agriculture was focused only on peanuts, which made the economy very vulnerable. From the 1990s, Senegal has worked to make itself less dependent on peanuts. The country has focused on tourism, phosphate, textile and fishing exports. Fish and fishing licenses have become Senegal’s most important export commodity for the last 20 years. Foreign aid is also an important one, and in the 1980s and 1990s, the country undertook several economic reforms to obtain assistance from the World Bank. The country plans to extract oil and gas in the future.