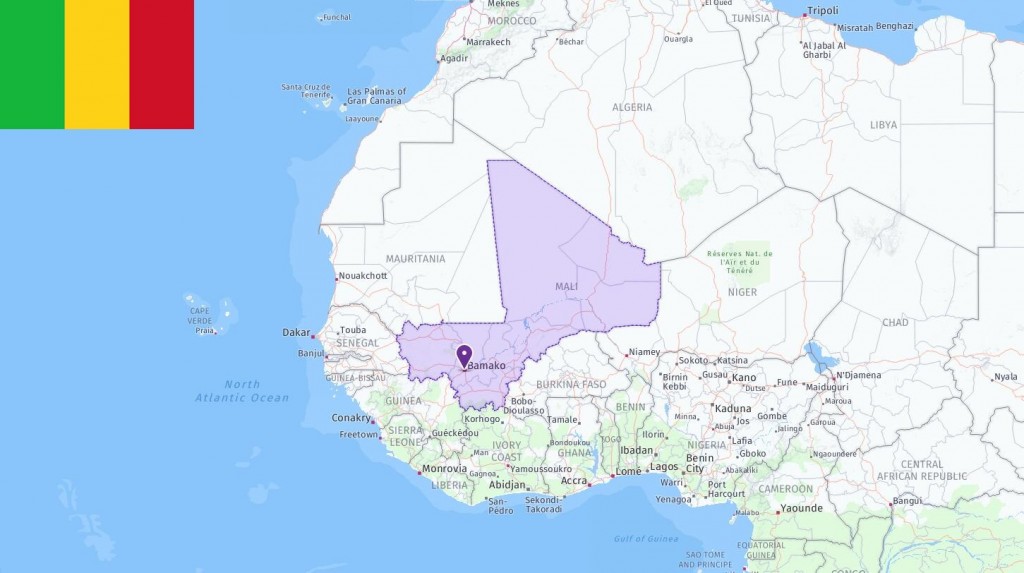 The most commonly used abbreviations about Mali are ML which stands for Mali and XOF which means West African CFA franc (Mali currency). In the following table, you can see all acronyms related to Mali, including abbreviations for airport, city, school, port, government, and etc. 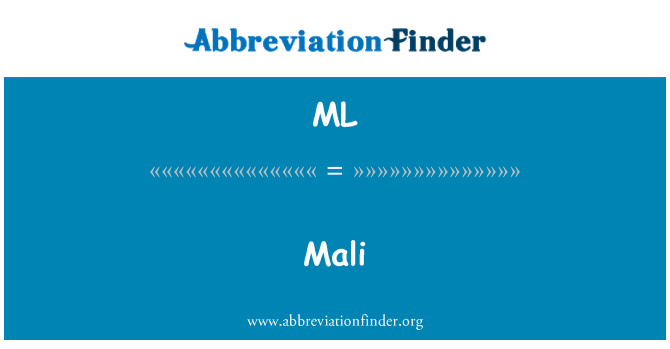 Mali’s nature consists mostly of desert or semi-desert. Northern Mali is in the Sahara Desert. To the south of the desert lies the Sahel area, with barren pastures. The Sahel Plains landscape divides the country in the middle. The water from the Niger and Senegal rivers contributes to the southwestern Mali having fertile land, and most of the population lives here. At the far south is a small area of ​​tropical rainforest. The climate is warm and dry, but from the desert and south, temperatures drop somewhat, and the rainfall increases. Farthest south is the rainy season from June to October.

Mali’s biggest environmental problem is drought. Desertification leads to soil erosion, and forests and grazing areas become smaller. From the 1960s, the country has regularly been exposed to long periods of drought. These have largely affected livestock and to some extent agriculture. In particular, the drought has been very devastating for the country’s nomadic peoples, including the Tuareg. There is also a widespread lack of clean drinking water, and water pollution is increasing across the country.

The area that is today Mali was for a long time a center of culture and commerce in northwestern Africa. Several state formation began to take shape around the Niger River over 2000 years ago. Between 600 AD and the end of the 1500s, the area was ruled by three powerful kingdoms. Among these was the Mali Empire, which was one of the world’s largest empires in the 1300s. In 1591, the country was invaded by Muslim forces from Morocco. This marked the beginning of a period of great turmoil, with fighting between Muslim and non-Muslim African peoples. At the end of the 19th century, the country became a French colony, under the name of French Sudan. A liberation movement emerged after the Second World War, and in 1960 Mali gained independence.

In 1968, a group of young officers seized power through a coup d’état. They employed Moussa Traoré as dictator. In the 1970s and 1980s, Mali was severely affected by drought disasters, and the demands for democracy and the multiparty system grew. At the same time, the Tuareg people in the north began to demand self-government. Traoré was deposed following a revolt in 1991. A new constitution was passed by referendum in 1992, and multi-party system and democracy were introduced.

According to the Constitution, Mali is a secular republic without state religion. The Constitution also guarantees basic human rights and the distribution of powers between executive, legislative and judicial powers. The president is the head of state and heads the executive power. He/she has a strong position and appoints the Prime Minister. The National Assembly has the legislative power in the country.

Mali has a multi-party system, but under the Constitution it is not allowed to form parties based on ethnic or religious groupings. Most parties are formed around a strong leader, and ideology plays a small role in politics. Mali was considered a fairly stable democracy from 1992 until separatists supported by Islamists carried out a coup d’état in 2012. Since then, politics has been characterized by conflict between the state, rebel groups and Islamist groups.

Human rights have traditionally held a relatively strong position in Mali. But after 2012, the country has been very unstable and in practice in civil war, and a number of human rights violations have occurred. Both in the north and in the south, brutal assaults on the civilian population have taken place, and several have been subjected to torture.

Mali is considered one of the world’s poorest countries and relies on international aid. At least two-thirds of the population is considered poor. The country has implemented some successful economic reforms, but developments are slow. The health system is poorly developed and most people depend on the family for social and financial security. Foreign aid covers about a third of government spending and nearly all government investment. France is the largest donor.

The economy is based on agriculture, which employs about 80 percent of the population. Since the conflict broke out in 2012, the economic situation has been uncertain. A large majority of Mali’s population lives on what they produce themselves. The main agricultural products are cotton, cattle and grain. Ten percent of the population lives as nomads, and there is little industry in the country. The only export products in the country are cotton, livestock and gold. Export revenues are highly variable and unpredictable, as all industries are affected by changes in weather and prices in the international market.