↓ Skip to Main Content
Home › Republic of the Congo Abbreviations

Republic of the Congo Abbreviations 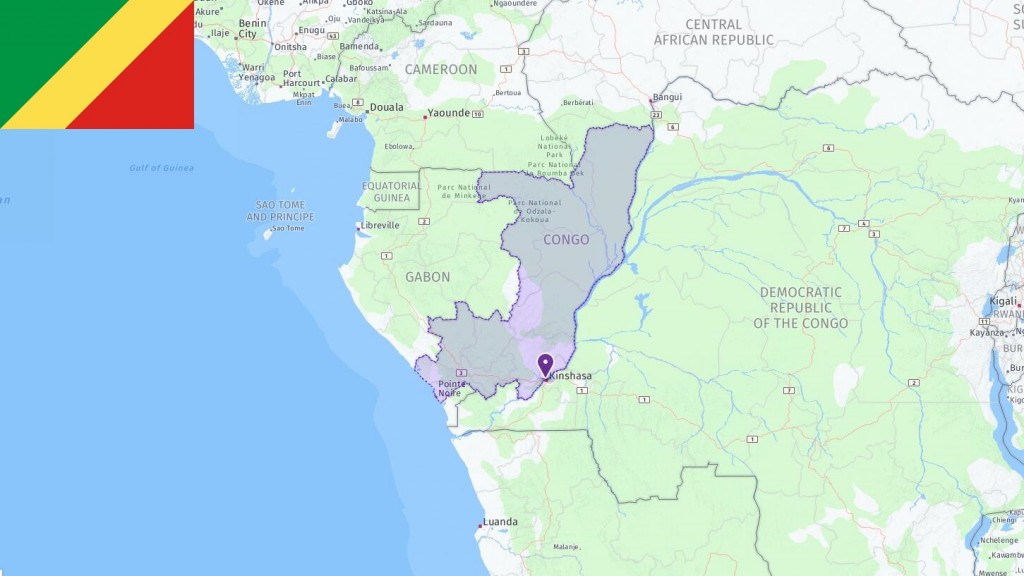 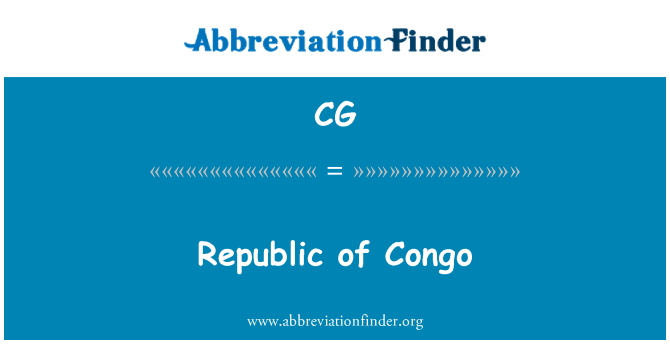 The Republic of Congo is in the middle of Africa. Large parts of the country consist of forests and are therefore quite sparsely populated. North of the country there are rainforests. In the east there are hills and mountains and the vegetation is more sparse in these areas. The farthest south of the country is the fertile and grassy Niarid Valley. Along the border with the Democratic Republic of Congo (DR-Congo) flows the river Ubangi, which in the south changes its name to the Congolese river. Near the outlet of the Atlantic, the river passes the capital of Brazzaville.

The equator cuts across the Congo, ensuring a stable climate. The climate is humid and warm, and the temperature is around 25 degrees year-round. North of the equator comes the rainy season between April and October, and the drought period lasts from November to March. South of the equator is the opposite. The rainforest in the country is large, but is under pressure from commercial timber operations and from farmers who are burning down forests because they need soil.

Originally, the area that today is the Republic of Congo is populated by a hunter and sanctuary community. Around the year 1400, the Kingdom of the Congo emerged that stretched across areas we now know as the Republic of Congo and Angola, as well as parts of the Democratic Republic of Congo. Following pressure from other kingdoms, the kingdom was reduced to a small state in present-day Angola during the 17th century. Then the new kingdom arose within the Republic of Congo. In 1880, a French explorer landed in the Congo. He made an agreement that gave France the northern part of the country. This meant that Belgium wanted to get hold of the country south of the Congo River; what is today the Democratic Republic of Congo. During the Berlin Conference in 1884, France was awarded the French Congo colony. The French exploited the French Congo for ivory, slaves and rubber. Forced labor was introduced and the colony was looted for natural wealth. Several thousands fled from the brutality of the Belgian Congo to the French Congo, but ended up fleeing back when conditions were at least as brutal there. It is estimated that the population was halved as a result of the oppression and exploitation that took place during the colonial period.

Congo became independent from France in 1960. The first decades after independence were marked by political turmoil. In 1964, the radical Movement National de la Revolution (MNR) was founded, the only party allowed. There were great political contradictions and much dissatisfaction in the country. In 1968, the military coup and the Marxist-Leninist Congolese Workers’ Party (PTC) took over, paving the way for full military rule. At the beginning of the 1990s, the country’s democratization process began, the one-party system was abolished and many new parties were formed.

In 1997, civil war broke outthen troops belonging to President Sassou-Nguesso revolted. The rebellion was defeated by government forces, and tensions continued. The war had political reasons, but also played on ethnic divides, and various militia groups killed civilians on the basis of ethnic affiliation. Several countries went in and supported the various sides of the war. The civil war lasted until 1999, and the war destroyed the country’s infrastructure, economy, schools and agriculture. Tens of thousands died during the war, and some 800,000 people had to flee. In 2000, the parties signed a peace agreement. Peace agreement despite armed clashes continued. After the end of the war, international human rights organizations determined that all sides had been responsible for gross human rights violations through the use of executions, torture and rape as weapons of war. Sassou-Nguesso has won every election since the Civil War. In 2002, the country was given a new constitution where the president gained a lot of power. There has been turmoil in the country’s political choices, and the human rights organization OCDH has reported a number of irregularities in the elections.

The political institutions in Congo are built on the French model. The president is head of state, has a lot of power and elects the government’s ministers and senior military officials. According to the Constitution, the president is elected for five years and can sit for no more than three periods. Congo’s population consists of about 50 different ethnic groups. The Constitution states that political parties should not be based on ethnic, geographical or religious affiliation. In spite of this, most of the country’s 240 political parties turn to a certain group of people or voters from a particular area, which reinforces the contradictions between the various ethnic groups.

Since independence from France, there have been several troubled periods in the Congo. Prolonged political unrest, corruption and civil war are important reasons why this is so. The civil war in 1997-1999 caused great destruction to the country and the reconstruction of the country is still going on. Two out of three Congolese people do not have access to clean water. Serious diseases such as malaria, tuberculosis and AIDS are common.

Over the past 30 years, the economy and business in Congo have undergone major changes. The country has gone from being dependent on agriculture and logging to becoming a significant oil exporter. Exploitation of the country’s rich oil reserves began even before the country became independent, but seriously accelerated in the 1980s. Today, this sector accounts for more than 50% of the country’s gross domestic product, although the sector only provides employment to 1% of the population.

Congo is rich in many resources, primarily natural gas, gold, diamonds, lead, copper, zinc and forest. Despite many good conditions in the natural resources, most Congolese live in poverty. The majority of the oil industry is controlled by foreign companies, and corruption is widespread in the industry. The dependence on oil revenues makes the country very vulnerable to changes in the international oil market. Congo is still dependent on aid, and France in particular is contributing. Much of the foreign debt has been written off, but the Money Fund has demanded better control of money use and a more specific approach to poverty reduction. New major investments in infrastructure began in 2012 – roads, power plants and telecommunications were started with money from China.