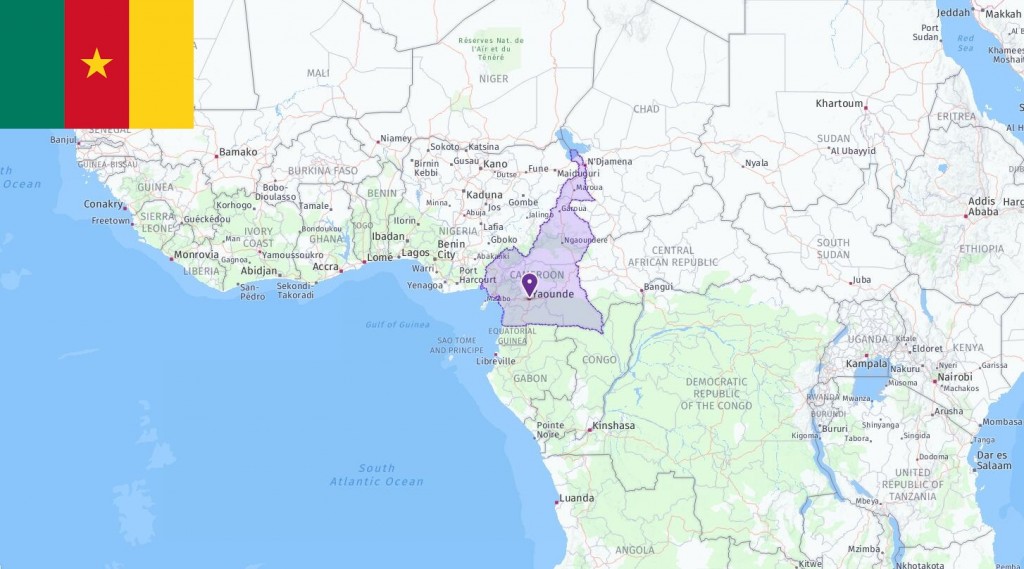 The most commonly used abbreviations about Cameroon are CM which stands for Cameroon and XAF which means Central African CFA franc (Cameroon currency). In the following table, you can see all acronyms related to Cameroon, including abbreviations for airport, city, school, port, government, and etc. 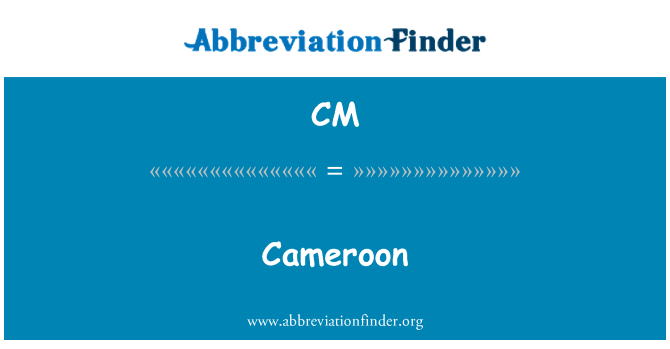 The seasons change between rainy and drought periods. In the south of the country there are two rainy periods and a lot of rainfall. The northern areas have a much drier climate with one rainy season a year. The temperature varies little and is usually between 25 and 35 ° C.

Deforestation and illegal harvesting of rainforest pose major environmental problems for the country. Harvesting of forests in the north of the country has also resulted in large areas becoming desert-like landscapes with poor soil.

Pygmy tribes have probably lived in Cameroon for over 50,000 years. These people groups were eventually driven away from the central areas by Bantu-speaking people, who settled in the southern and western parts of the country. Throughout the 11th century AD, the Muslim nomadic people settled Fulani in the northern parts of the country.

The first Europeans to arrive in the area were Portuguese seafarers. They named the area “camarões”, after the Portuguese word for shrimp, when they found large occurrences of a shrimp-like animal along the coast. The Portuguese did a great deal of trade along the coastal regions, and slave trade in particular became a major industry in Cameroon. In the 19th century, Cameroon became part of the German colonial power. After World War II, the country was divided between France and the United Kingdom.

In 1961, the Federal Republic of Cameroon was created after years of dissatisfaction with the French colonial rule. In 1972, the British-controlled part of Cameroon became part of the independent Federal Republic of Cameroon. Since Cameroon became an independent republic, the country has been dominated by dictatorial rule and great corruption. The country has also been strongly characterized by much internal conflict between the English language and the French language part.

Cameroon is a republic where the formal power is held by a president, who is elected every seven years. The president can only be re-elected once. It is also a prime minister, but this ministerial post has only a ceremonial role. The President of Cameroon holds almost all power, and controls both the government and the military. Due to corruption and lack of functioning democratic processes, Cameroon has had only two presidents since the country became independent in 1961.

In the northern parts of the country, against the border with Nigeria, the Boko Haram terrorist organization has gained a foothold in recent years. Despite great opposition from the Cameroonian military, the terrorist group continues to operate in the country.

The people of Cameroon are characterized by the country’s poorly developed infrastructure. Access to healthcare, clean water and sanitation is poor. Therefore, the transmission and spread of diseases occur frequently.

Since the 1990s, Cameroon’s economy has made great progress, and the country has managed to repay much of its foreign debt. Today, oil exports make up about 40 per cent of the country’s income. However, the lack of new oil reserves means that in the near future the country will have to develop and utilize new industries in order to sustain its economic progress.

Although the country has made great economic progress, mismanagement and widespread corruption have resulted in widening differences between poor and rich. The country’s political challenges and corruption have also hindered foreign investment and tourism.