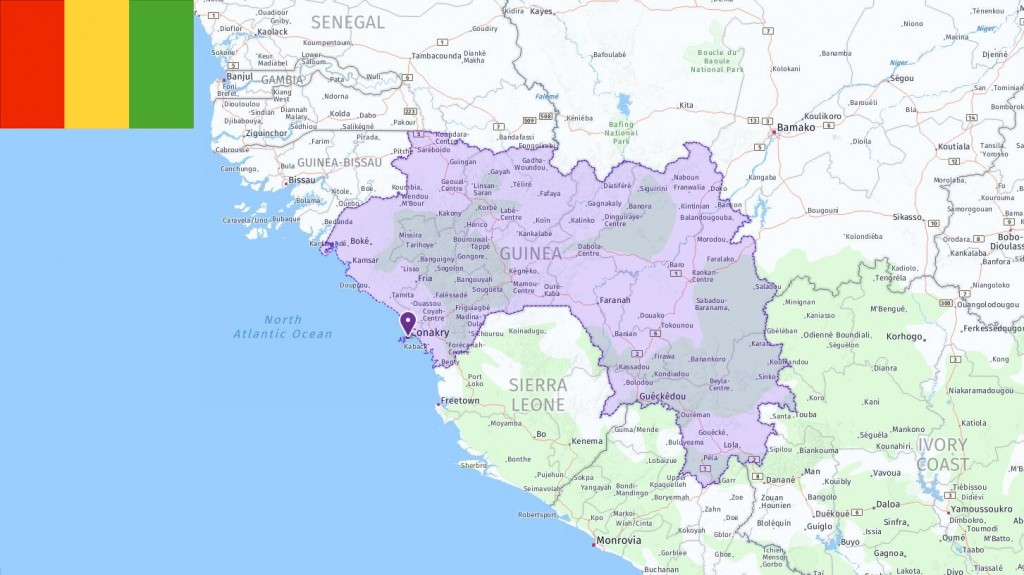 The most commonly used abbreviations about Guinea are GN which stands for Guinea and GNF which means Guinean franc (Guinea currency). In the following table, you can see all acronyms related to Guinea, including abbreviations for airport, city, school, port, government, and etc. 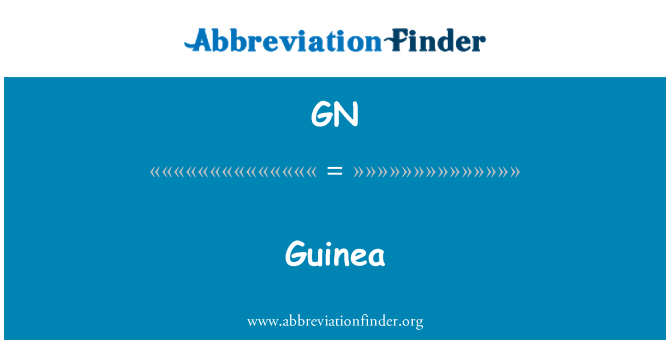 Guinea a small country on the west coast of the African continent. The nature is very varied with rivers, deep valleys, plains, rainforests and mangrove forests. Farther south lies the mountain range “Nimba” which is on UNESCO’s World Heritage list. Here are several endangered species that do not live anywhere else. The climate in Guinea is tropical, but varies depending on the altitude. Along the coast and in the capital Conakry, it rains a lot especially in July and August.

Despite much rainfall, access to clean drinking water is a problem in Guinea. Waste from cultivated land, deforestation and poor infrastructure are the main reasons for the water being polluted. Other environmental problems in Guinea are related to the development and cultivation of vulnerable natural areas.

The first traces of people in Guinea date from about 4000 BCE However, the first documented story begins around 800 AD when the Susu and Malinké people came in from the north and east and drove the Bagafah people out to the coastal regions. Until the 16th century, Guinea was part of several large West African empires. In 1890, Guinea was colonized by France after a prolonged conflict between the colonial power and the local population.

From Guinea became an independent republic in 1958 and until 1991, the country switched to being a one-party Marxist state and a military dictatorship. The lack of functioning democratic structures made the transition from dictatorship to democracy very difficult, and war, conflict and great poverty persisted. In the 2000s, the country became involved in several conflicts with neighboring countries. At that time, more than 200,000 people were driven away from neighboring countries and along the border areas. In 2014, Guinea was hit hard by a major Ebola virus outbreak in the region, several international organizations had to help to get the situation under control.

After many years of conflict, political unrest, corruption and mismanagement, Guinea is low on the UN Development Index. It is estimated that over 40 percent of the population lives below the poverty line. Basic infrastructure is poorly developed, especially outside the big cities. This, together with a poor health system, has resulted in Guinea having high infant mortality, high malnutrition among young people and a major problem with the transmission and spread of diseases. Diseases such as malaria, tuberculosis, polio and cholera are common.

Female oppression is common in Guinea. Two out of three women get married at the age of 11 to 18 years. Violence against women is also common, and although genital mutilation is prohibited by law, it still occurs.

Guinea is very rich in natural resources, especially minerals. The country has over half of the world’s bauxite reserves. The main export items are bauxite, aluminum, gold and diamonds. The long-standing mismanagement of corruption and political instability has led to the country’s natural resources being poorly managed and not benefiting the country. In recent years, however, Guinea’s economy has improved significantly. Improved power supply, increased investment in mining and agriculture, and international assistance from the World Bank and the International Monetary Fund have helped the country’s economic development.

The majority of the population work in agriculture as small farmers. They export raw materials such as bananas, coffee, pineapple, palm oil, peanuts, citrus fruits and vegetables. However, the unrest and fighting in the border areas of Sierra Leone and Liberia creates uncertainty and leads to a loss of foreign investment.