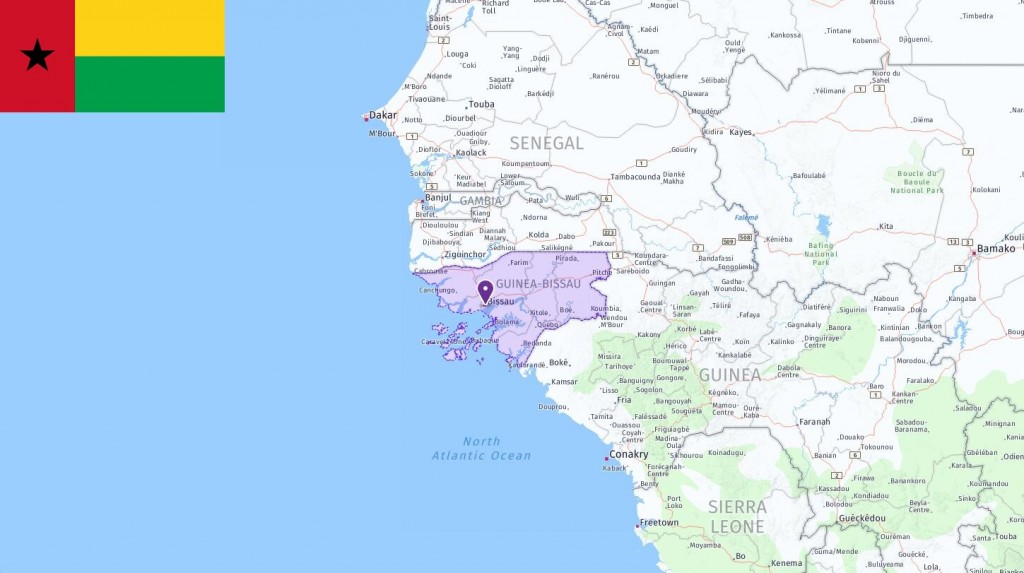 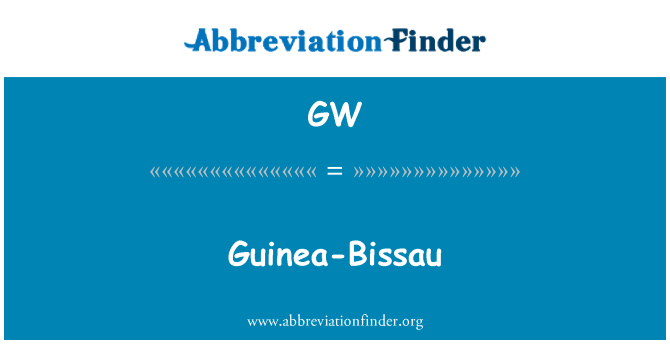 Guinea-Bissau is a small country consisting mostly of lowlands with many estuaries. The highest point is no more than 300 meters In addition to the mainland, Guinea-Bissau consists of the Bijagós Islands. The three largest rivers, Corubal, Gêba and Cachéu, form large estuaries before flowing into the Atlantic Ocean. During the rainy season, the rivers flood far beyond their banks. Along the coast, large mangrove forests grow. The coastal plain consists mainly of tropical rainforest, while the inland consists of savanna.

The biggest environmental problems are related to the utilization of natural resources. Deforestation, depletion of the earth, overgrazing and overfishing threaten the diversity of nature. Access to clean drinking water is a major health problem and has an impact on the spread and transmission of diseases.

Guinea-Bissau was part of the mighty Ghanaian kingdom for over 800 years. After the fall of Ghana in 1230, the equally powerful kingdom, Mali, took control of the region. In the 19th century, Portugal, after a long war and conflict, managed to colonize Guinea-Bissau. Portugal harnessed natural resources and oppressed the people, and opposition to the colonial power was great.

In 1956, “the African Independence Party for Guinea-Bissau and Cape Verde (PAIGC) was founded. PAIGC tried to start a peaceful movement for independence, but after a strike in 1959 ended in a massacre, the group changed strategy. In 1963 the group took to arms, and a war against the colonial power Portugal broke out. In 1974, after a long and bloody war, Portugal recognized the country as independent.

After Guinea-Bissau gained independence, the country was ruled by several dictatorial governments, with military support from the Soviet Union and East Germany. The lack of democracy caused great dissatisfaction among the population, and in 1998 civil war broke out to end the one-party system and dictatorships. Democratic multi-party elections were held in 1999, but that did not stop the conflict, and the military took power in a coup shortly after. Since then, a number of new governments have participated in, as well as undermined, turmoil, coup attempts, military coups, and conflict.

Guinea-Bissau is a republic, where the president is elected for a five-year term. The president can only be re-elected once. The executive is supposed to be with a government ruled by a prime minister, but due to a lot of corruption and a lack of functioning democratic procedures, the president now has both the formal and the executive power.

Many years of war, conflict and political instability have made Guinea-Bissau one of the world’s poorest countries. It is estimated that almost two-thirds of the country’s population lives in absolute poverty. The great poverty in the country leads to high child mortality. The position of women in society varies according to which of the country’s 7 different ethnic groups they belong to. In some groups, women have minimal rights and are strongly oppressed, while in other ethnic groups women have a relatively strong position in society.

Guinea-Bissau is still affected by conflict today. Internal strife within the political parties, between the people groups and between different parts of the military often occurs, and also leads to demonstrations, protests and violent riots.

Guinea-Bissau has limited natural resources and relies heavily on international assistance. The political turmoil in the country over the past 50 years has greatly contributed to the economy being underdeveloped and vulnerable. Exports of cashews are the main source of income for the country. The dependence on this one industry makes the country’s economy particularly vulnerable to price changes in the world market. Other income generating industries are the production of coconuts, palm kernels, peanuts and cotton, rice, maize, cassava and sweet potatoes.

Guinea-Bissau has rich fishing resources and the income from it can become the country’s most important source of income in the long run. The income from fisheries mainly comes from the sale of fishing rights to the EU.

Guinea-Bissau has been an important transit country for drug smuggling to Europe since the 2000s. The weak central power, the many conflicts and widespread corruption in the country have made drug smuggling a major industry in the country. This industry helps to weaken the central power through bribery and corruption. Guinea-Bissau is often referred to as Africa’s first “anesthetic”.