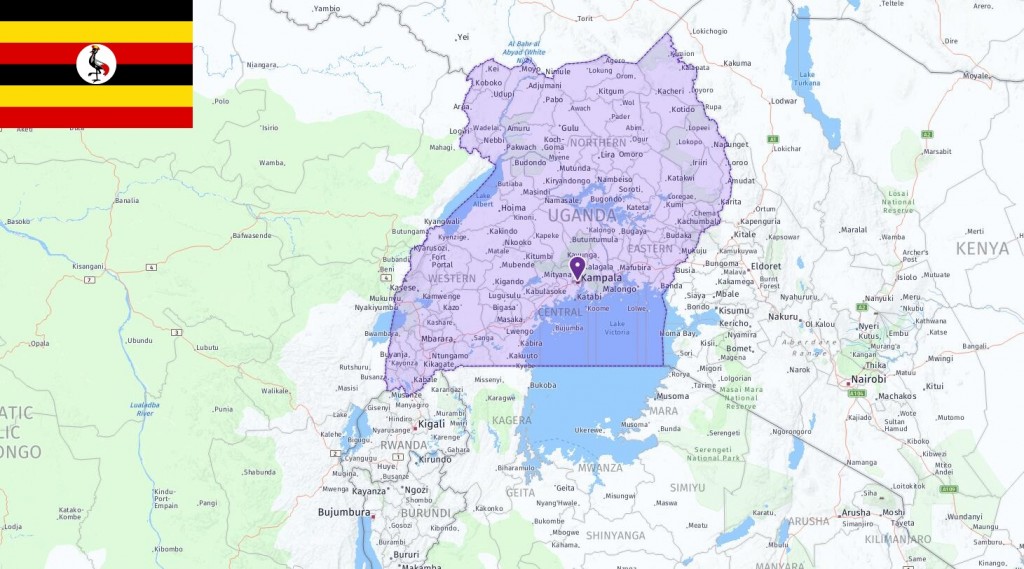 The most commonly used abbreviations about Uganda are UG which stands for Uganda and UGX which means Ugandan shilling (Uganda currency). In the following table, you can see all acronyms related to Uganda, including abbreviations for airport, city, school, port, government, and etc. 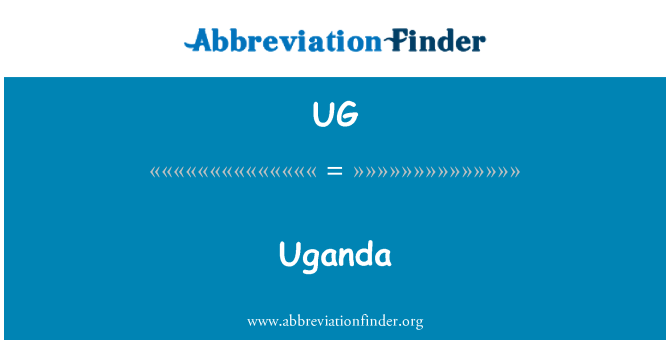 The Central African Plateau makes up three-quarters of Uganda’s land area, and most of it is about 900 meters above sea level. The climate is tropical and the temperature stable at 20-25 degrees year-round. Large parts of the country are covered by savanna. Most of the country’s rainforest has been cut down.

Lake Victoria is split between Uganda, Tanzania and Kenya, and forms part of Uganda’s border in the south. The formerly fishy lake is now threatened by serious environmental problems, such as overfishing and falling water levels. Creeping, deforestation, overgrazing and soil erosion are other environmental problems Uganda is struggling with.

Three thousand years before our time, people lived in what are now the northern areas of Uganda. Eventually, people also migrated south. In the 1300s, kingdoms formed in the southern and central parts of the country, while the northern areas were dominated by clan-based societies.

From around 1840, the northern areas were attacked by Egyptian and Sudanese slave traders, and shortly afterwards came the first European explorer. Following an agreement between England and Germany in 1890, Uganda gained the status of British protectorate. Then the country was under British rule until independence in 1962. The next nine years, until Colonel Idi Amin took power in a military coup in 1971, was marked by instability. After a brutal and corrupt period as the country’s leader, Amin was overthrown in 1979. Cautious estimates are that 300,000 people lost their lives in the years he was in power. Uganda’s current president, Yoweri Museveni, has been in power since the 1986 coup.

The rebel group Lord´s Resistance Army (LRA) terrorized Northern Uganda for over 20 years of guerrilla war. They killed civilians, recruited child soldiers and destroyed entire villages, but were driven out of the country in 2007.

For many years the West cited Museveni as an example to follow, but in recent years criticism against him has increased. This is especially because democratic rules of play are not followed. Despite the introduction of a multi-party system in 2005, the policy is dominated by Museveni and his party. There are elections every 5 years, but no limitation on how many periods the head of state can sit. Recently, the Supreme Court has pointed out a great need for electoral reform. The police have been criticized for cracking down on demonstrations and assemblies organized by the political opposition.

Uganda is one of the countries in the world with the highest population growth, at the same time it has been severely affected by the AIDS epidemic, and therefore has a very young population. Sexual minorities are subject to discrimination, and homosexuality is prohibited in Uganda. The situation for women’s rights and gender equality is moving forward. Women are relatively well represented in political bodies, especially in parliament. Uganda experiences a lot of sexual and gender-based violence, and child marriage is widespread in the countryside.

Uganda is one of the countries that has welcomed the most refugees on the African continent. In 2018, the country housed over 1.4 million refugees and asylum seekers, mainly from South Sudan, the Democratic Republic of Congo, Burundi and Somalia. The country’s laws promote the safety and well-being of refugees.

The country had a good economic starting point after independence in 1962. However, Idi Amin exhibited almost all foreign expertise in his day and ruined a lot for business. In addition, the protracted conflict with the LRA has severely affected the country’s economy. Uganda is on the list of the world’s least developed countries, and in recent years the proportion of poor has increased. The country has set a goal of becoming a lower middle-income country by 2040, and the sustainability goals are integrated into the country’s national development plan.

Uganda has a good position in Africa related to the private sector. The main obstacle to business development and job creation remains the lack of stable access to electricity. Widespread corruption also affects the ability to provide public services and attract investment. However, great expectations are attached to the major oil discoveries made in recent years in Lake Albert.