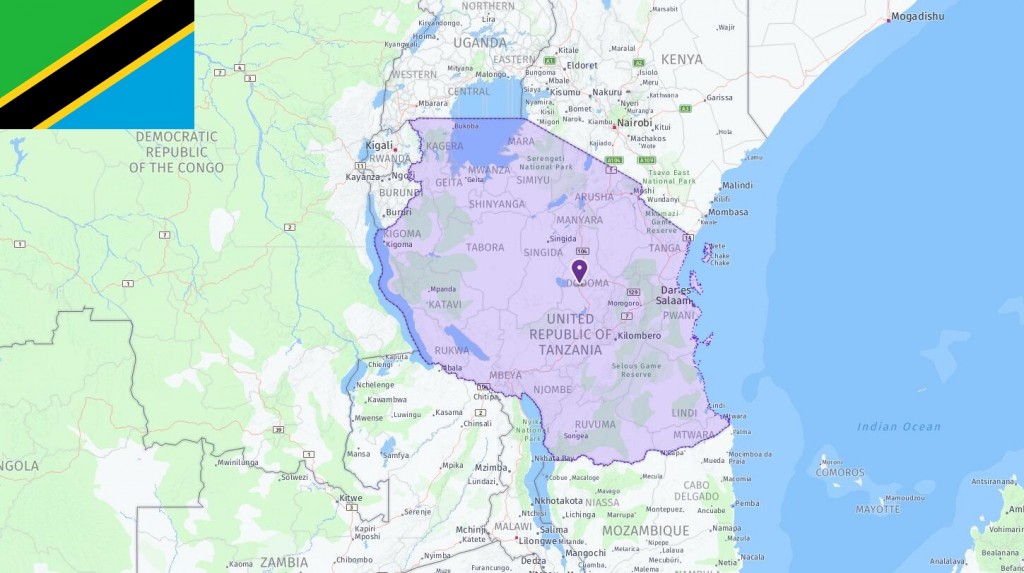 The most commonly used abbreviations about Tanzania are TZ which stands for Tanzania and TZS which means Tanzanian shilling (Tanzania currency). In the following table, you can see all acronyms related to Tanzania, including abbreviations for airport, city, school, port, government, and etc. 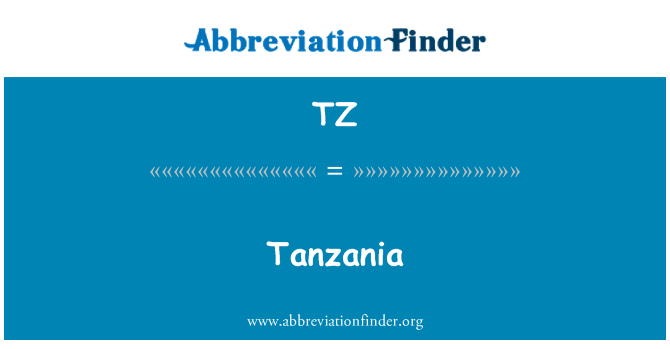 Tanzania’s landscape is very varied. The country has large mountain areas, savannas, lakes, and a coastline with both coral reefs and mangrove forests. Africa’s highest mountain, Kilimanjaro, and the largest African lake, Lake Victoria, is located in Tanzania. The country has a very rich plant and animal life, and is known for, among other things, the black rhino. Over a third of the country’s land is protected as national parks or game reserves.

Despite extensive conservation, Tanzania loses 3,720 square kilometers of forest land per year, because the land is used for agriculture. The country also has problems with destruction, soil erosion and coral reef destruction along the coast. In addition to illegal hunting in the national parks, and ivory smuggling. High population density and increasing pollution create environmental problems in the cities.

The climate in the country varies, from the tropical monsoon climate on the coast, to the dry warm climate inland. The rainy season usually falls between December and May, but some areas have two short periods between October – November and April – May.

For centuries, the culture of Tanzania, especially in the coastal areas, was strongly influenced by the Arabs, through trade and shipping. At Zanzibar an Arab trading station was established, and from 1698 Zanzibar (consisting of the islands of Unguja and Pemba) was subject to the Sultan of Oman. Under the Arab rule, Tanzania was characterized by slave trade. Tanzania has been under German and British rule during the colonial period.

In 1884, Tanzania, or Tanganyika (the mainland of Tanzania), became a German protectorate. Zanzibar retained its independence until it came under British rule in 1890. Only then was the slave trade minimized. After Germany lost World War I, Tanganyika was given to the United Kingdom as a mandate. British rule continued after World War II.

In 1961, Tanzania became independent, and the following year a republic was established. Zanzibar became independent in 1963. The following year Tanganyika and Zanzibar merged, forming the union “United Republic of Tanzania”. In 1965, a new constitution was passed, and Tanzania formally became a one-party state, ruled that the revolution honors the Chama Cha Mapinduzi (CCM) party. Drought and decline in food production led the country to introduce multi-party system and market economy in the 1990s.

Tanzania is a republic and a union, consisting of mainland Tanganyika and the islands of Zanzibar. The president is the head of state and the head of government. The president appoints the prime minister and the government and can veto the National Assembly’s bill. Zanzibar has partial internal autonomy. The archipelago has its own constitution, president and national assembly, and has self-determination in matters that only concern Zanzibar.

The relationship between Tanzania and Zanzibar has long been characterized by dissatisfaction. The people of Zanzibar want greater independence, while mainland Tanzanians believe that they should be satisfied with the existing Union agreement. This is a conflict that is compounded by the fact that the mainland population is mainly Christian, while Zanzibar is mostly Muslim. Muslims are often disadvantaged, have lower education and fewer opportunities in the labor market.

Chama Cha Mapinduzi (CCM) has held the government in Tanzania since independence in 1961. The opposition parties are divided and have little power. CCM has an authoritarian character, and functions more as a power apparatus than a people’s movement. Corruption is a problem in politics and the judiciary, and there have often been accusations of electoral fraud. In Tanzania, freedom of the press and freedom of expression is not a matter of course or statutory. Human rights in Tanzania are under pressure, and gays are a vulnerable group. Human rights organizations have also criticized Tanzania for the occurrence of torture, the death penalty and police attacks.

Tanzania is one of the poorest countries in Africa and relies on financial assistance and loans. The country today has a market economy. Large parts of Tanzania’s population live below the poverty line, but the population does not normally starve.

Most people in Tanzania feed on agriculture. After discovering natural gas in 2012, the country wants to become a major exporter of the resource. The country’s most important industries, mining – especially gold – tourism and other service industries, have generated economic growth, but development is hampered by corruption, heavy bureaucracy, and poor infrastructure.