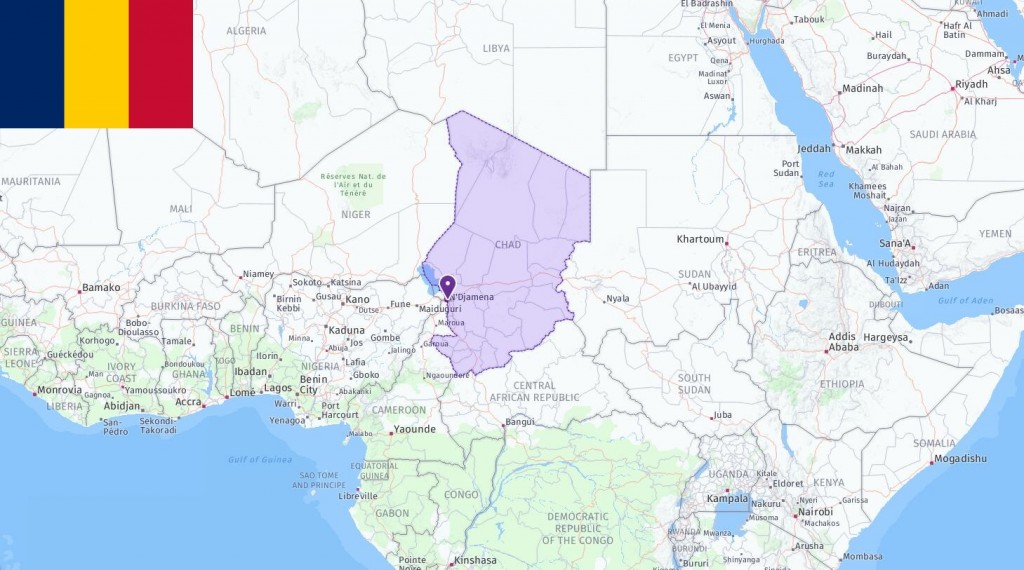 The most commonly used abbreviations about Chad are TD which stands for Chad and XAF  which means Central African CFA franc (Chad currency). In the following table, you can see all acronyms related to Chad, including abbreviations for airport, city, school, port, government, and etc. 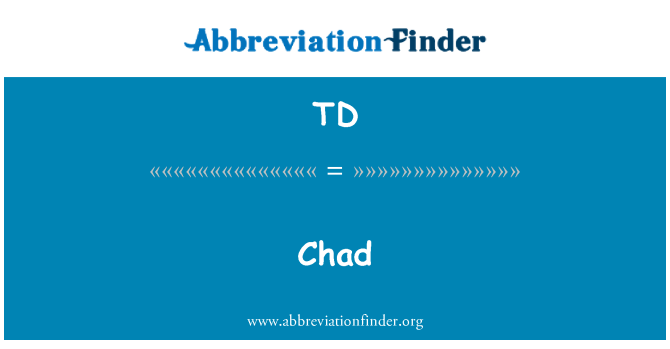 Chad’s nature is characterized by the country’s two different climate zones. In the north of the country there are large desert areas and mountain masses of more than 3000 meters. The southern part of the country is characterized by savanna areas and small areas with rainforest. Chad has no coastline, but borders the large Chad Lake in the southwest. With the exception of the mountains, there is little to no rainfall in the country’s northern desert areas. In these areas there is typically desert climate, with hot days and cold nights. There is some rainfall in the mountains, and there can be minus degrees in the nights. In the southern part of the country there is more rainfall and the climate is tropical.

The country’s biggest environmental challenge is access to clean fresh water. Lack of rainfall has also caused the Chad Sea to shrink at a high rate. Other environmental problems are related to poor waste management, which has led to contaminated soil and water. Desert growth is also a serious problem in Chad.

Little is known about Chad’s history before the 6th century BCE. At that time, there was lush and more water in what makes up the country’s desert areas today. Humans lived along the lakes and farmed and farmed.

In the 12th century, the dominant state in the area, Kanem, contributed to the spread of Islam in Africa. At that time, the area was a strategic hub for transport routes through the Sahara Desert. In the 19th century, France began to show interest in the area, and after defeating strong local resistance, today’s Chad was occupied by the French in 1900.

Inwardly, Chad was divided both culturally and religiously between the north and south. In the north, the majority of the population was Muslim. In the south, the majority were Christians, with influence from French and other Christian colonies in the area. This divide led to the outbreak of civil war immediately after the country gained independence in 1960. This war lasted for more than 30 years and eventually included neighboring countries Sudan and Libya. Despite a peace process in 1990, riots and outrage have continued on a regular basis until today.

Chad is a republic with a multi-party system. The president has much power as head of state and commander-in-chief of the army. The prime minister, who is responsible for forming the government, is appointed by the president.

The country’s politics and society are characterized by the legacy of the colonial era. The inhabitants are more loyal to their family, clan and people than the state. The lines of conflict between nomadic Muslims in the north and Christian agriculturalists in the south are strong. Corruption permeates every part of society, and the government often interferes with the work of the courts. Both government forces and rebel groups have been committing serious abuses against the civilian population, and tens of thousands have fled the political violence.

Living standards in Chad are low. Health services are lacking and unpredictable and malnutrition is widespread. Child mortality has decreased in recent years, but it is still very high, 14 out of 100 children die before the age of 5. Women’s position in society is poor, and gender oppression in the labor market, in the family and in politics is common. Genital mutilation of women is often practiced. Sexual minorities are not protected by the laws of the country. In 2017, homosexual acts were criminalized and can be punishable by imprisonment for up to 2 years.

Chad was given little priority under French rule, and was therefore little developed when independence was achieved. Civil war, and war with both Libya and Sudan, have since helped to prevent economic growth and development.

At the beginning of the 2000s, Chad experienced strong economic growth due to the discovery and extraction of the country’s oil resources. The guidelines for the extraction of the oil designed by the World Bank were not followed by the government, and thus the income did not benefit the population. The situation worsened in 2014 as global oil prices fell. Unemployment in the country rose sharply and wages for government employees decreased. Due to its geographical location, without coastline, and in a small strategically important area, the country is completely dependent on agricultural and oil exports via neighboring countries. This has made Chad vulnerable to unrest in the region.

The economic outlook for Chad is bleak. Regular drought hinders large-scale agricultural development, and a lack of skilled labor prevents innovation. In addition, widespread corruption and persistent violent conflicts have hindered foreign investment and tourism. The result is that Chad is today one of the least developed countries in the world.