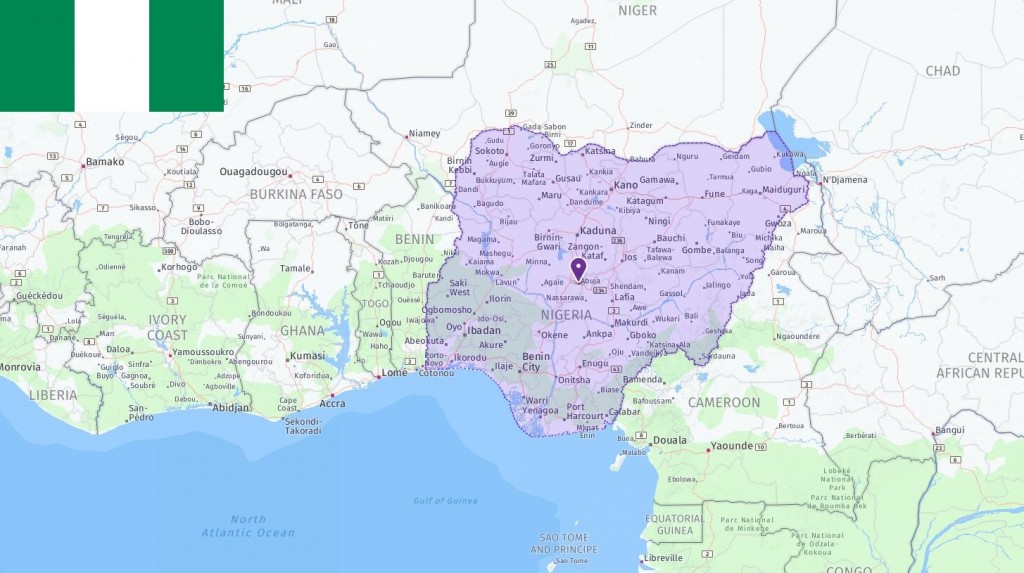 The most commonly used abbreviations about Nigeria are NG which stands for Nigeria and NGN which means Naira (Nigeria currency). In the following table, you can see all acronyms related to Nigeria, including abbreviations for airport, city, school, port, government, and etc. 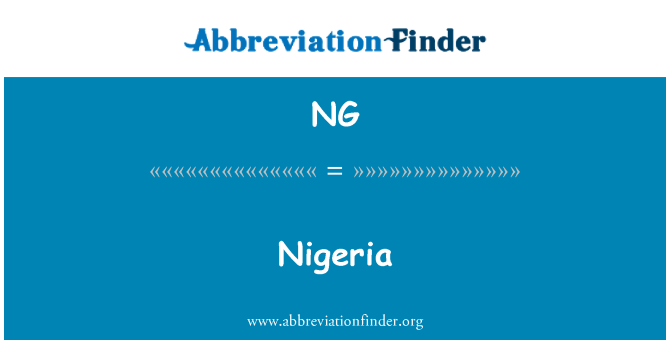 The southern part of the country consists of lowland with tropical climate and rainforest, while the northern part consists of high plains with savannas. The fertile soil provides good conditions for farming. In addition, the country has the largest oil and gas resources in Africa.

In recent years, however, oil recovery has led to major and serious environmental problems, especially in the Niger Delta in the north. Both water, air and soil have been contaminated. Areas that were previously used for agriculture are now destroyed by oil spills. In addition, Nigeria is characterized by rapid deforestation and desertification in the north of the country.

Already 11,000 years ago, people lived in the area that is today Nigeria. The Nok culture existed around 500 BC-200 AD, and is the oldest Iron Age community known from sub-Saharan Africa.

Before the area was colonized by the British in the late 1800s, it was divided between many different kingdoms. The English were colonial rulers until Nigeria became independent in 1960. Three years later Nigeria became a republic.

In 1967, civil war broke out in the country as the Christian Igbo people in the southeastern oil-rich region of Biafra attempted to establish an independent state. In the three-year civil war, over a million people died, most of them starvation. Biafra lost the war and is still part of Nigeria. Forces in the region are still fighting for independence. Nigeria was ruled by military regimes until 1999, but has had civilian rule since.

Nigeria is a federal republic where the president is head of state and government and commander-in-chief of the army. The country became more democratic when the military dictatorship fell in 1999, but several presidential elections have since been characterized by violence and electoral fraud.

Corruption characterizes large sections of society. There are major political, ethnic and religious contradictions in the country, which have over 250 different groups of people. The disagreements are particularly related to control over resources and political influence. The relationship between the federal government and the 36 state governors is tense. Local riots and protests often occur. Women and gays are discriminated against, and in some states Islamic Sharia law means that women do not have the same rights as men.

At times, government forces must use soldiers and police to stop bloody clashes between Christians and Muslims. Half of the population are Muslims living in the north, while the other half are Christians in the south. Hundreds of people have been killed in such clashes in recent years. Since 2009, terrorist attacks by the Islamist group Boko Haram have been an increasing threat to the security of the people of the north.

Nigeria is Africa’s largest economy. The country is also Africa’s largest oil producer, and crude oil accounts for almost all exports. The oil generates large government revenues, but corruption, political instability and poor distribution still lead to many being poor. Many people live in slums in cities. There is also great economic inequality between the poor, Muslim-dominated north and the more prosperous Christian-dominated south.

Discontent with the economy is a driving force for the conflicts in the country. Half of Nigeria’s population lives in poverty, and according to the World Bank, the country has more people in extreme poverty than any other country in the world.

Most people rely on traditional agriculture, small scale trade and simple industry to survive. The country is fertile, and other export products such as cotton, rubber and wood also contribute to the economy. India, the United States, the EU and China are today Nigeria’s largest trading partners.