Algiers [ al ʒ i ː r], French Alger [al ʒ e], Arabic El-Djesair [d ʒ -], capital of Algeria and port on the Mediterranean, extends approximately 20 km along the Bay of Algiers along;. (2008) 1.53 million residents, around 3 million residents in the metropolitan area.

The city is the country’s cultural center with a university (founded in 1879), a technical university (1974), an Islamic university (1984), universities of the merchant navy as well as for veterinary medicine, polytechnics and fine arts. The most famous museums are Musée Le Bardo (in an 18th century Moorish villa; prehistory, ethnography), Museum of Classical Antiquity and Islamic Art, National Museum of Fine Arts (modern French painting), Folklore Museum. Algiers is the seat of the Catholic Archbishop and has been organizing an international book fair since 1982.

Algiers is the industrial and commercial center of an agriculturally highly developed hinterland. In the agglomeration there are oil refineries, metal, textile, automobile and others. Industry. In October 2011 the opening of the first section of the metro and the tram took place. The international airport is in Dar el-Beïda.

The most important building since Islamic times is the great mosque El-Kebir (early 11th century) in the Almoravid style with eleven naves and a richly carved minbar (1017), minaret (1324). The Turkish rule has strongly shaped the cityscape. The picturesque old town (»Kasba«) with citadel (16th century, today barracks) was declared a World Heritage Site by UNESCO. Only a few of the many mosques from the Turkish era have survived: Ali-Bechine mosque (central dome building; 1622); Djedid mosque (1660) in Byzantine style; Safir Mosque (1534); Tomb mosque for Sidi Abderrahmane (1611); Ketchaoua Mosque (1612), demolished in 1839 for the construction of the new Saint Philippe Cathedral (until 1890). Some Moorish palaces (17th – 19th centuries) with beautiful patios have also been preserved. The modern urban architecture shows international, especially European influence. – 4 km to the northwest is the pilgrimage church of Notre-Dame d’Afrique (1872) in neo-Byzantine style.

According to tradition, Algiers was founded by Buluggin as-Siri around 945 on the site of the Roman Icosium (which was preceded by the older Phoenician settlement Icosim on an island). For five centuries it remained an insignificant coastal town. At the end of the 15th century, Algiers became the starting point for the revenge of the Moors expelled from Spain.In 1510, the Spaniards conquered the largest coastal island and built the El Peñón fortress here. It was only under the Turks (since 1516), who were called to help against the Spaniards, that Algiers developed into the capital of the country with the Djenina as a residence (today an archiepiscopal palace) and the Kasba as a citadel. Around 1530, after the Spaniards were expelled, the city was expanded and the oldest port was created. The French conquest (1830) gave it its current importance (Algeria, history). 1943-44 Algiers was the seat of the Comité Français de la Liberation Nationale (German-French Committee of National Liberation). 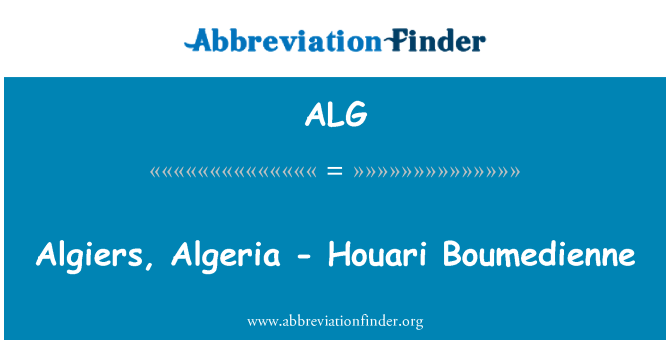