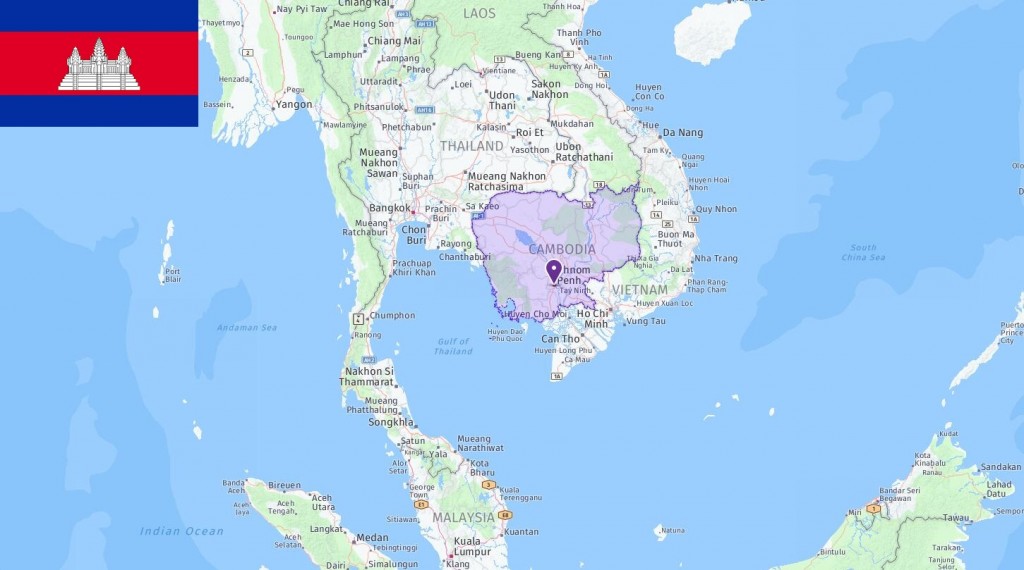 The most commonly used abbreviations about Cambodia are KH which stands for Cambodia and KHR which means Riel (Cambodia currency). In the following table, you can see all acronyms related to Cambodia, including abbreviations for airport, city, school, port, government, and etc. 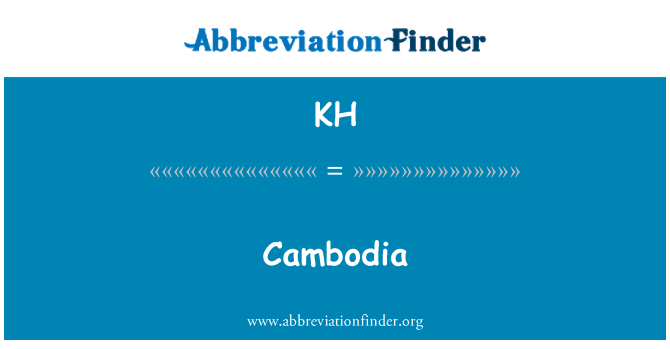 The nature of Cambodia is characterized by a large central plain that makes up about three quarters of the country’s area. Around the plain there are mountain ranges and plateaus. The country has a coast to the southwest. The Mekong River, which is one of the world’s largest, flows throughout the country from north to south. West of the river lies Southeast Asia’s largest lake Tônlê Sab. During the rainy season, large parts of the central plain are flooded. Almost 40 per cent of the country’s area is covered by forests and rainforests. The country has a tropical monsoon climate, with rainy season from May to October, and dry weather from November to April.

Cambodia is struggling with several environmental problems. In rural areas, access to clean drinking water is poor, and in cities, groundwater is contaminated due to the lack of management of industrial waste, garbage and sewage.

The country is also struggling with extensive deforestation. Since 1969, the country’s original rainforest has been reduced by over 70 percent. This, in addition to landmines left behind after the war, has led to animals being threatened with extinction. The fishing stock in Tônlê Sab is greatly reduced due to overfishing.

From the 8th century until around 1400, Cambodia was the center of the influential Angkor kingdom. The kingdom was one of the most powerful in Southeast Asia, and developed an advanced societal structure with the legal system and state welfare system. From the 13th century, the kingdom began to decay, and the area was forced to obey Thailand and Vietnam, which took control of the area for periods. In exchange for protection, Cambodia became a French colony in 1863. After World War II, the demand for independence grew, and in 1953 the country became independent.

In the 1960s, Cambodia began to support Communist North Vietnam in its fight against the United States and the US-friendly South Vietnam. In 1970, the US and South Vietnam organized a coup d’état in Cambodia to prevent the country from becoming more communist. The coup d’état launched a five-year civil war. In 1975, the Communist movement Red Khmer seized power in the country under the leadership of Pol Pot. Red Khmer’s brutal rule led to a genocide in which over 600,000 people were executed and around 1.7 million died of starvation and disease. The brutality of the regime weakened relations with Vietnam, and in 1979 Vietnamese forces overthrew the Red Khmer. The Red Khmer continued a brutal guerrilla war against the Vietnam-friendly government until 1999.

Cambodia is a monarchy, with a parliamentary multi-party system. The head of state is the king, who has great influence and much power. The executive power lies with the prime minister, who is also the head of government. Elections are held regularly, but democracy has major shortcomings. Since 1993, the official government has been with the Cambodian People’s Party (CCP) and Prime Minister Hun Sen.

Cambodia has major social problems. The legacy of the brutal Red Khmer has left deep traces in all parts of society. Less than 30 percent of the population has access to clean drinking water, and around one in three children suffer from growth retardation as a result of malnutrition. Many also suffer from post-traumatic stress as a result of the war. Cambodia is one of the countries in the world with the largest proportion of people with disabilities. The public health system has major shortcomings, and the citizens themselves have to pay for help. In recent years, however, health services for mothers and infants have improved. The country also has a large shortage of educated residents. An entire generation grew up as illiterates under the Red Khmer, and today there is a great lack of schools and teachers. Women make up the majority of the workforce as most of those killed in the war were men.

Cambodia has experienced strong economic growth since 1998, with the exception of a short downturn during the global financial crisis in 2008. Many residents have been lifted out of extreme poverty, but inequalities between poor and rich are increasing. Despite economic growth, Cambodia remains one of Asia’s poorest countries. Corruption is a widespread problem and the country is ranked as the second most corrupt in East and Southeast Asia (after North Korea).

The economy has always been based on agriculture, but the Cambodians are struggling with fragile irrigation systems and poor land use. Around 70 per cent of the population work with agriculture, and production is mainly for their own consumption. The textile industry has grown strongly since the mid-1990s and is now the country’s most important export commodity. The discovery of oil in the Gulf of Thailand, and large amounts of natural gas in the north of the country are also expected to contribute to economic growth. Tourism is the second most important industry and is expected to grow significantly in the future. Although the country has experienced economic growth, the economy is entirely dependent on assistance from the Asian Development Bank, China, Japan and the United States.