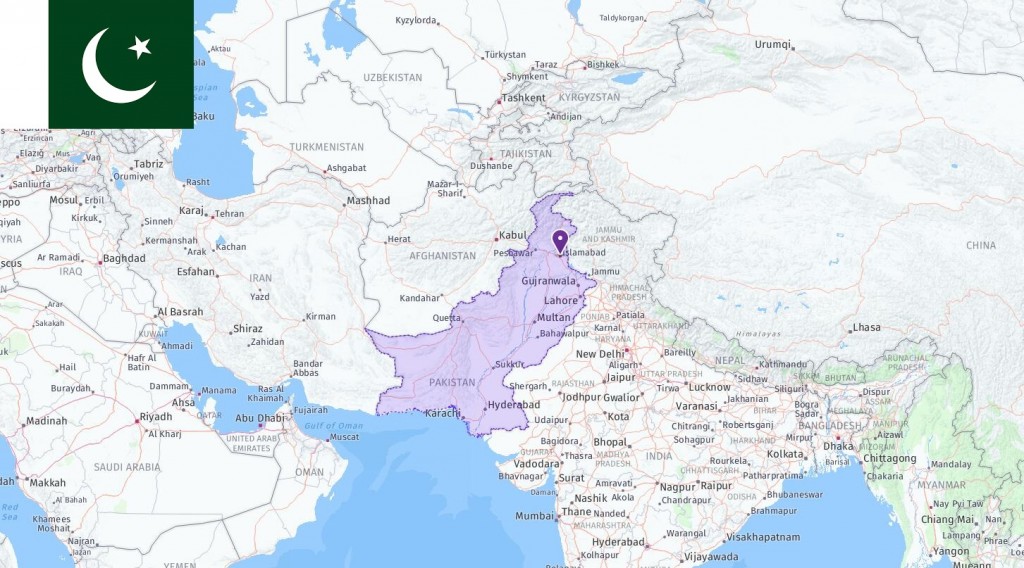 The most commonly used abbreviations about Pakistan are PK which stands for Pakistan and PKR which means Pakistani rupee (Pakistan currency). In the following table, you can see all acronyms related to Pakistan, including abbreviations for airport, city, school, port, government, and etc. 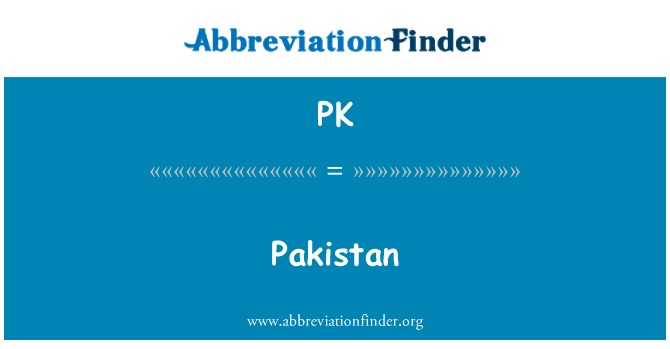 Pakistan is a long and narrow country with many different landscape types. To the north lies the Himalayan mountain range, with peaks more than 8,000 meters above sea level. In the middle of the country there are fertile plains and swamps, while the southwestern parts consist of arid, high-lying areas. Several rivers flow down from the Himalayas, forming a larger coastal delta area.

The climate varies with the landscape and elevation differences in the country; in the north it is cold and dry, and further south it is warmer and wetter. In the middle of the country are several desert areas where there can be close to 50 degrees of heat in the summer.

The rapid population growth has put great pressure on the country’s resources. Pakistan is struggling with contaminated drinking water, which is the cause of more than 80 percent of the diseases in the country, such as diarrhea, malaria and parasite diseases. Emissions from a growing industry and deforestation have led to soil erosion which in turn has resulted in frequent floods and floods, especially in the middle of the country.

Pakistan has been home to some of the world’s oldest civilizations. For centuries the area was part of changing Indian empires. At the beginning of the 18th century, the country was invaded several times before the area became part of British India in the 19th century.

In the 1920s and 30s, a political liberation movement emerged that fought for a land of India for the Muslims of India. When Britain withdrew from India in 1947, the country Pakistan was created. The country consisted of two separate territories called West and East Pakistan.

Independence led to huge migrations, as all Muslims were to live in Pakistan, and all Hindus in India. In the chaotic division, the distribution of several areas was very contentious. Shortly after independence, war broke out between Pakistan and India on one of these areas, namely Kashmir. The UN negotiated a peace treaty, but since then the war has flared up twice, in 1965 and 1999. The time after independence was marked by political instability and large population growth. Geographical, cultural and linguistic differences led East Pakistan, with the help of India, to disband in 1971 under the name of Bangladesh.

Pakistan has been a parliamentary democracy since 2010. In the past, the country has had several periods of military dictatorship and authoritarian presidents with great power. The constitutional amendment in 2010 gave power to the prime minister and parliament. The president, who used to have enormous power, now has a ceremonial role as head of state. The country is a federation of four provinces and federally controlled tribal areas. The constitutional amendment also gave the provinces a greater degree of autonomy.

The country is characterized by internal unrest. Many Islamist groups have grown strong. Among other things, the border area with Afghanistan is controlled by the Taliban and supporters of al Qaeda. The United States participates in the conflict with drones, which have also killed many civilians. The war on terror has rendered the rule of law in the country poor. Other human rights violations in the country include child labor and anti-discrimination laws.

Foreign policy has always been characterized by the conflict with India, especially the disputed area, Kashmir. The Pakistan-India conflict is one of the most dangerous in the world because both sides have nuclear weapons. Since Pakistan has constantly felt threatened by India, huge financial resources for the military have been at the expense of education, health care and infrastructure.

Pakistani economy is strongly characterized by the country’s chaotic past. The country has not managed to build up an independent industry, and foreign players have not wanted to invest in the country. Until recently, most of the economy was based on simple farming, and only in the last decades have other industries emerged. The fastest growing parts of the Pakistani economy are in telecommunications, the weapons industry and the service sector. One of the biggest obstacles to economic development is the lack of electricity.

Pakistan has large foreign debt, partly because of the protracted and costly conflict with India. In the 1990s, the International Monetary Fund (IMF) granted a certain debt relief that led to economic growth. Participation in the “fight against terror” has led to the United States wiping out large parts of its debt. Pakistan has long had close trade cooperation with China, and in recent decades trade has increased in line with China’s economic development. Nevertheless, the country’s economy is characterized by high inflation, low growth and large budget deficits. After 2000, Pakistan has normally seen economic growth of 4-5 percent, but the majority still live in deep poverty.