HIV is the acronym for Human Immunodeficiency Virus.

It is the virus that causes AIDS, also an acronym that comes from English (Acquired Immune Deficiency Syndrome). 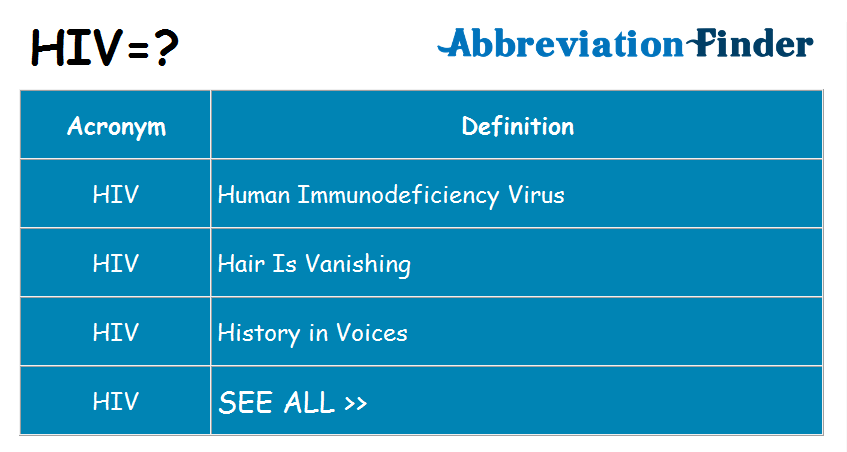 HIV is a retrovirus belonging to the subfamily of Lentiviridae and has 2 known subtypes: HIV-1 and HIV-2.

It is characterized by prolonged incubation period, infection of blood cells and nervous system and suppression of the immune system.

The cells most affected by HIV are CD4 + T lymphocytes, responsible for the defense of the body, leaving the individual vulnerable to other infections and opportunistic diseases that take advantage of the weakened immune system to manifest.

The incubation period of the HIV virus, ie between contamination and the onset of AIDS symptoms, is 3 to 10 years (or more).

HIV is transmitted from person to person through blood, vaginal secretion, sperm and breast milk. Thus, transmission is associated with sexual intercourse without the use of condoms, use of blood or derivatives without quality control, shared use of syringes and needles, mother to child during pregnancy. If the woman is infected, the child receives organs or semen from infected donors.

The first AIDS cases appeared between 1977 and 1978 in the USA, Haiti and Central Africa, when the disease was then classified as Acquired Immunodeficiency Syndrome (AIDS).

HIV detection is performed by laboratory techniques that screen for antibodies, antigens, genetic material, or isolate the virus.

There are currently associated drugs that can inhibit HIV replication, but there is still no cure for AIDS.

Other Meanings of HIV

Overwhelmed is a concept that derives from overwhelming. This verb alludes to grieving, distressing or lowering. The subject who is overwhelmed is therefore overwhelmed, exhausted, or oppressed. For example: “I am overwhelmed with so many problems, I would need a vacation urgently”, “Overwhelmed, the economy minister submitted his resignation”, “I don’t like my son being overwhelmed by obligations: he’s a child and he must have […]

What is CIF? CIF  stands for “International Classification of Functioning, Disability and Health”, and is the current model used by the World Health Organization (WHO) for health and disability, and constitutes the conceptual basis for defining, measuring and developing policies in this area.