MOBA is a genre of electronic games that mixes elements of action, strategy and RPG (Role Playing Game).

The acronym MOBA comes from the English “Multiplayer Online Battle Arena”, in which players divide into teams and play matches that last on average between 30 minutes to 1 hour. 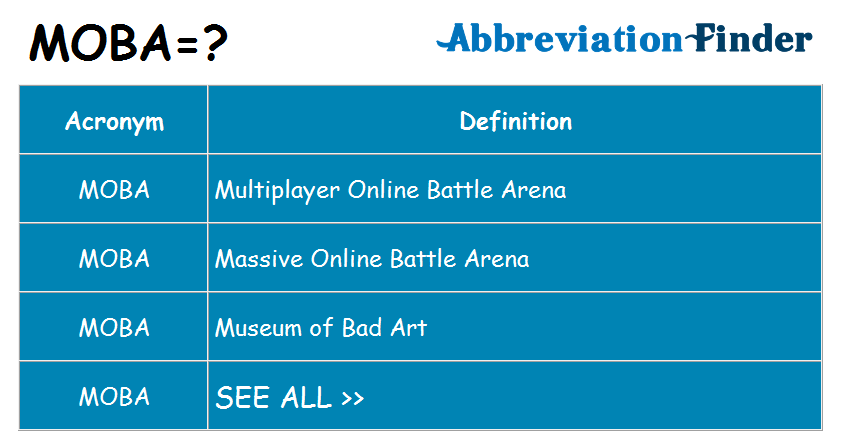 Although it has some similarities, the MOBA genre should not be confused with massive multiplayer online, in which thousands of players interact simultaneously in an open online world, controlling a single character during an indeterminate campaign.

Thus, while the MMO is marked by “no end”, the MOBA has a maximum number of players and is defined in short matches in which a team wins. Once matches are completed, players do not transfer items or characters to the next ones.

MOBA games have become very popular all over the world and are already trading millions of dollars a year in the eSports industry. MOBA game competitions have the highest awards in the industry and have even distributed nearly $ 25 million in a single Dota 2 championship in 2017.

Most MOBAs have the same mechanics and goals. First, upon entering the match, players choose one among a roll of characters (or heroes) available. Each character has specific abilities, advantages and disadvantages. It is important that the characters are chosen strategically, according to the role that each player will play in the game.

Next, the teams (usually composed of 5 members) are placed in a virtual arena in which the objective is to destroy the enemy base. For this, players need to advance strategically on the map, balancing attack and defense. Thus, throughout the game, players evolve their characters as they kill enemy or neutral units (which belong to no team, usually found in jungles), buy items and destroy enemy structures.

Matches end when one of the teams advances sufficiently and manages to destroy the main enemy structure at the base.

The main current MOBA are:

Other Meanings of MOBA

What is BMX? BMX, also called bicicross is a race with special bicycles, which emerged in the 50’s in Europe. BMX is a sport equal to motocross, only using bicycles, already adapted to do many maneuvers and races in the sand.

What is CMYK? CMYK is a color system whose acronym is formed by the colors Cyan, Magenta, Yellow and black. CMYK (also called color-pigment) is a system widely used in the printing industry.

What is OMG? OMG is an abbreviation of the English expression Oh My God. This is a slang that emerged in the United States and became popular mainly on the Internet and treated as a language for SMS (Short Message Service).