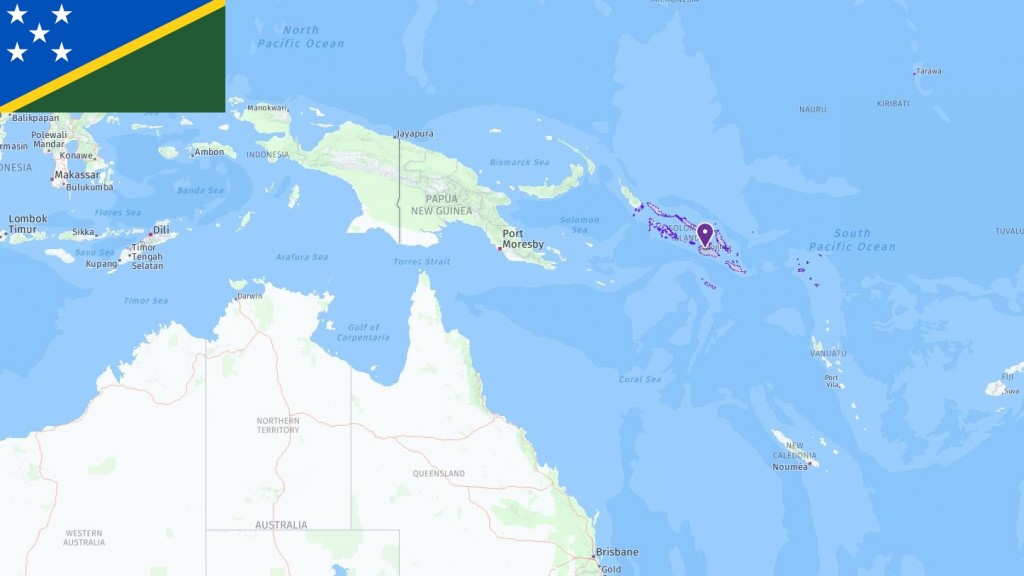 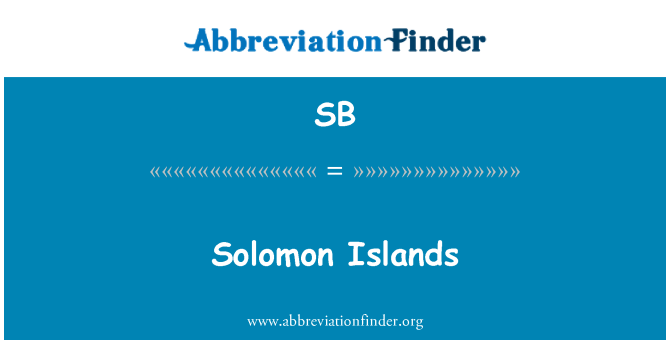 Solomon Islands consists of nearly a thousand islands, many of them small coral islands and atolls, but the main islands are eight larger, volcanic islands that form two parallel chains. The southernmost of the Solomon Islands is the Rennell Island, the world’s largest coral atoll. The largest of the main islands is called Guadalcanal, while Malaita is the most densely populated. Several of the islands are mountainous, and the highest mountain is on the Guadalcanal and is 2447 meters high. The climate is tropical – warm and humid all year round.

In the largest islands, there are still rainforests, but in many places the forest has been removed and replaced by a savannah-like landscape with grass. In 2007, a submarine earthquake measuring 8.1 on Richter’s scale caused a tsunami that caused major devastation. 34 people died and almost 10,000 became homeless.

The rainforest in the Solomon Islands is being cut down at too fast a pace, leading to soil erosion. In addition, many of the coral reefs that surround the islands are dead or dying. The islands are severely exposed to natural disasters such as tsunamis and earthquakes, and extreme weather exacerbated by climate change.

The first immigration to the Solomon Islands was probably 2000 years BCE. The first European to arrive there was the Spanish seafarer Álvaro de Mendaña de Neira in the year 1567, and he named the islands after the king of the Bible, Solomon. Later neither he nor the other explorers found the islands again, and it would be 200 years before they were again visited by Europeans.

In the 1850s, the Anglican Church began to mission on the islands and brutal recruitment to plantations in Australia began at the same time. In 1885, Britain and Germany took control of each part of the islands. In 1893, Germany surrendered most of its islands to the United Kingdom, which established a British protectorate.

The political situation has previously been unstable, and cooperation between independent candidates and groups has replaced each other in rapid succession. Struggles between peoples groups have previously led to civil wars and the ethnic conflict became violent from 1998. In 2003, the Solomon Islands were helped by a multinational force to restore peace and order. The violence had cost hundreds of lives and driven 20,000 on the run. The multinational force should also address corruption to create political stability. This has worked, and the forces were sent home in 2017.

The country is a parliamentary democracy and participates in the British Commonwealth, with the British Queen as head of state. She is represented by a Governor-General elected by the Solomon Islands National Assembly. Corruption is a serious problem, but this has improved since 2017, when a newly formed investigative group uncovered corruption among top politicians.

Violence against women is widespread, and the eye nation has deficient laws to limit violence. In 2009, 64 percent of adult women responded that they had been subjected to violence or sexual abuse by their partner.

The economy is based on utilization of the country’s natural resources, but many foreign companies run off with their profits. Roving has caused the forest to disappear too quickly, something that the Solomon Islands have received harsh international criticism for. There have also been several violent clashes between the locals and foreign carpentry companies. In 2004, the prey harvest attracted international attention, as carpentry companies snapped some islands in a few weeks. After this, politicians received harsh criticism for bribes and corruption.

Solomon Islands’ main trading partners are China, Australia and other Asian states, and the most important export goods are timber.

The transition from natural housekeeping/exchange economics to modern monetary economics is slow. Agriculture, forestry and fishing contributed in 2003 with approx. 48 per cent of the gross domestic product (GDP) and nine out of ten worked in agriculture. Most are grown on small farms for their own household, but there are also plantation operations, with the cultivation of palm trees (palm oil), cocoa and rice. Despite white sandy beaches and tropical climate, there is little tourism. The Civil War has scared the tourists away, but in recent years the industry has grown.