RPG is the English acronym of Role-Playing Game, is a genre of video games.

It consists of a type of game in which players play the role of a character in a fictional scenario. It is a different game from the conventional ones, because there are no winners or losers. 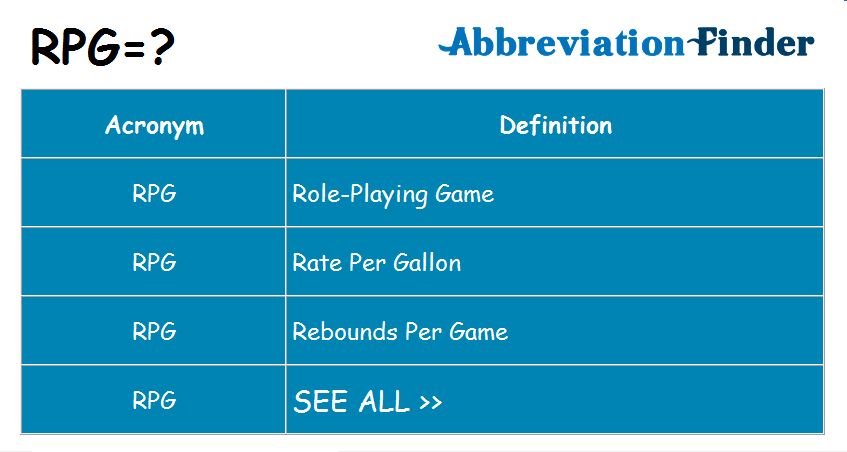 Each game, also called “session” or “adventure”, will have the plot defined by the player, by means of a certain system, that is, a set of rules defined for each character. The decision of each will influence the fate of the game.

In general, each adventure consists of a Master and the remaining players. The Master has the responsibility to create the story, the scenario, the time, introduce secondary characters and judge the actions of the main characters, according to the game system. Players are responsible for creating and controlling their own character during the game.

The most common RPG forms are: Traditional (or table RPG), where actions are described orally; Live Action, where the characters characterize and interpret their roles bodily; Adventure-solo, where a single player walks through a book.

In addition to live action, there are also Turn Based RPGs where, just like in chess, the player has time to make his move and establish his strategy.

In the scope of physical therapy, there is the expression of RPG physiotherapy, a method of posture correction.

Other Meanings of RPG

What is CC? CC is an abbreviation of “Carbon copy”. The term is used to send an email when the user intends to communicate the contents of the email to other recipients in addition to the main recipient.

What is MOBA? MOBA is a genre of electronic games that mixes elements of action, strategy and RPG (Role Playing Game). The acronym MOBA comes from the English “Multiplayer Online Battle Arena”, in which players divide into teams and play matches that last on average between 30 minutes to 1 hour.