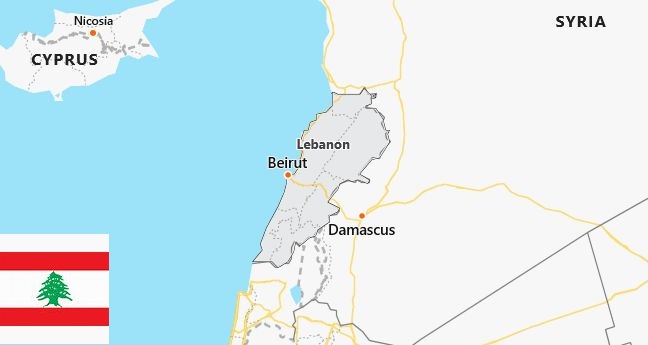 The most commonly used abbreviations about Lebanon are LB which stands for Lebanon and LBP which means Lebanese pound (Lebanon currency). In the following table, you can see all acronyms related to Lebanon, including abbreviations for airport, city, school, port, government, and etc. 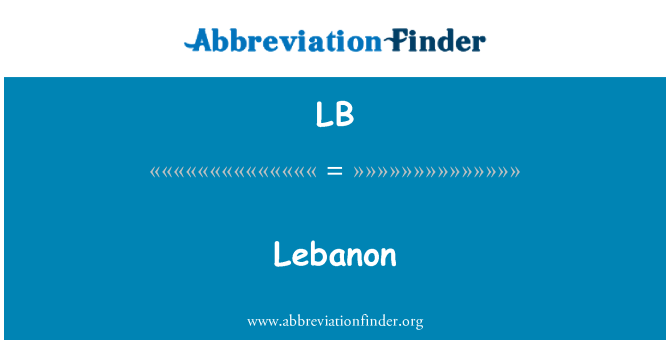 Lebanon’s nature is characterized by mountains and hilly terrain. The two mountain ranges Lebanon and Anti-Lebanon both have peaks of about three thousand meters which are snow covered from December to May. Between the mountain ranges lies the fertile Beka Valley with the important rivers Orontes and Litani. A fertile plain follows the coast along the Mediterranean. The climate is typical of the eastern Mediterranean, with humid cold winters, and hot dry summers.

Ever since ancient times, deforestation in Lebanon has led to soil erosion. The cedar tree, which is the country’s national symbol, is largely extinct except for a few areas in the north. The country’s industry has in recent times led to extensive sea and air pollution. Waste management has become a major problem for Lebanon’s cities. In several cases, the dumps of the city’s waste and rubbish have become a serious health and environmental threat to people and the surrounding nature.

Lebanon has been inhabited for over 7,000 years. The country has been a crossroads between Europe, Asia and Africa for as many years as people have lived in the area. In ancient times, the Lebanese coast was inhabited by Phoenician city states, before the area was controlled by Egypt, Assyria, Greece and the Roman Empire. In the 600s began a long period of changing Arab and Muslim rule. Despite over 1,000 years of Arab and Muslim rule, the impassable mountains of Lebanon remained a haven for several non-Muslim minorities. From the 16th century until the First World War (1914-1918), Lebanon was part of the mighty Ottoman Empire. After the collapse of the Ottoman Empire in World War I, Lebanon became a French protectorate, and in 1946 Lebanon became an independent state in which power was distributed among the country’s religious groups.

After independence, Lebanon was embroiled in several wars between Israel and its neighboring Arab countries, and between 1975 and 1990 the religious, political and socio-economic tensions led to a bloody civil war. Since the civil war, Lebanon has been characterized by smoldering conflicts and unrest between religious, ethnic, political, local and international groups.

Religious affiliation is an important part of Lebanese society. Traditions, marriages, heritage and culture depend more on religion than on a unified national culture or tradition, which has made Lebanon a very divided country. Since independence, the country has been influenced by foreign refugees. It is estimated that around 450,000 Palestinian refugees reside in the country. Since the civil war in Syria broke out, around 1.5 million Syrian refugees have also arrived in the country. This has put a great deal of pressure on the country’s resources, health care, education sector and safety net.

Before the civil war, Lebanon was the region’s leading financial and trade center. During the war, the tourists disappeared, and most foreign companies and banks left the country. After the war, much was invested in rebuilding the country’s position as a financial center, both from Lebanese abroad and investors in the Arabian Peninsula. The economy quickly began to grow again. Today, the economy is dominated by the service sector. Banking and finance, tourism and the construction industry are important industries. Lebanon has few natural resources and few industrial products. The country therefore relies heavily on importing goods, which has meant that they have a trade deficit (they import more than they export).

The civil war in Syria has slowed growth in Lebanon’s economy since 2011, and fears that the conflict would spread to Lebanon scared away many foreign investors and tourists. In addition, the influx of Syrian refugees has put considerable pressure on the labor market in Lebanon. Around 30 percent of Syrian refugees in the country are unemployed. The pressure on the labor market also led to a sharp increase in the proportion of poor Lebanese. Today, the situation has stabilized somewhat, but around 27 percent of the population still lives below the national poverty line.