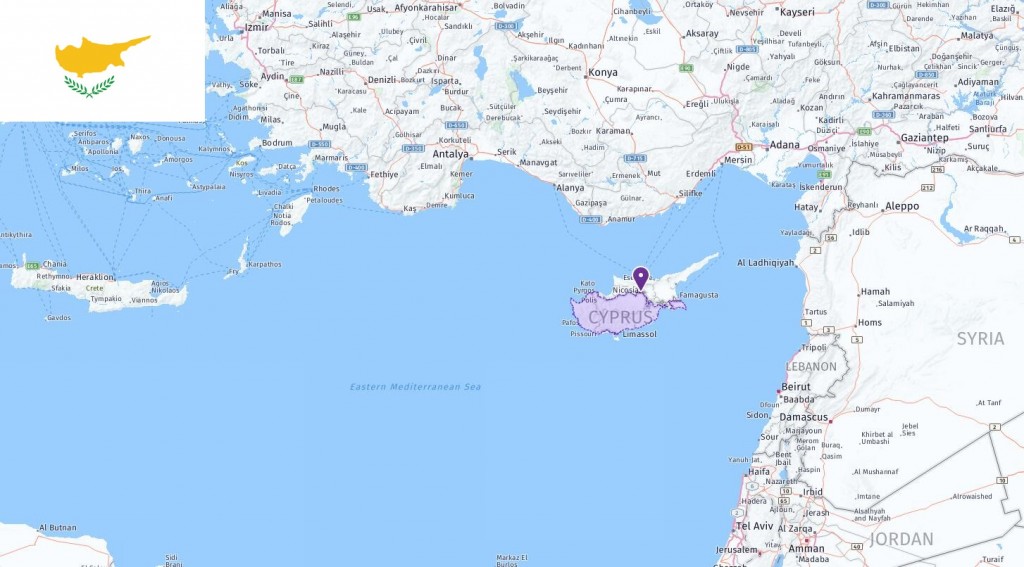 The most commonly used abbreviations about Cyprus are CY which stands for Cyprus and EUR which means Euro (Cyprus currency). In the following table, you can see all acronyms related to Cyprus, including abbreviations for airport, city, school, port, government, and etc. 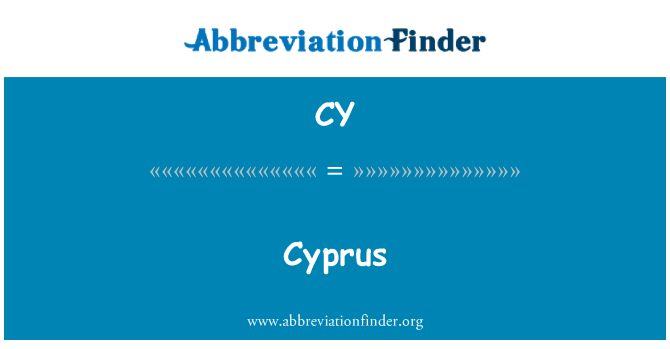 Cyprus is the third largest island in the Mediterranean. The island’s landscape is characterized by two mountain ranges, the Troodos and the Kyrenia mountains. The highest mountain, Olympos, is 1,952 high and is located in the Troodos mountain range. Between the two mountain ranges lies a flat plain called Mesaoria. In winter, some smaller rivers flow down from the Troodos Mountains, but these dry out in the summer.

Cyprus has a typical Mediterranean climate with very mild winters and hot, dry summers. It rains most from November to March. The highest mountain areas are cooler and more humid than the rest of the island. The island was originally covered by large forests, but was almost completely deforested early. Since the 1970s, forestry programs have been implemented to prevent soil erosion.

Contamination of water, due to inadequate treatment of water in industrial areas and poorly developed sewage treatment plants, is a major environmental problem for the island. In addition, the island’s wildlife is threatened by ever-diminishing natural resources, such as pristine nature and clean fresh water.

Due to its central location in the Mediterranean, Cyprus has been sought after by many great empires. The island has been colonized and controlled by Hittites, Phoenicians, Assyrians, Egyptians, Venetians, Macedonians, Greeks, Romans, Crusaders, Ottomans and Persians. After the Greek rule, the majority of the island’s population retained Greek as their main goal, and ties to Greece remained strong. When the Ottoman Empire invaded the island in 1570, a large immigration of Turks began. These two linguistically and culturally different people groups have dominated the island ever since, and conflict between them has persisted. After World War I, Britain took control of Cyprus.

When Cyprus became an independent republic in 1960, power was shared between the Greek and Turkish Cypriot people. However, there was great dissatisfaction among Greek Cypriots that Cyprus did not become part of Greece. The discontent led to a Greek-Cypriot coup in 1974, with support from Greece. The coup led to Turkey also invading the country, dividing the island into a Greek-Cypriot and a Turkish-Cypriot part.

Since 2004, Cyprus has been a member of the EU. As the Greek-Cypriot government is the country’s internationally recognized government, and the Turkish-Cypriot part does not recognize this, the northern part of the island remains a Turkish occupied EU territory.

Cypriot politics is largely characterized by the ongoing conflict between the Turkish-Cypriot and the Greek-Cypriot parts of the island. From 2015 to 2017, there was considerable progress in the negotiations between the two parties. There was a great deal of faith that the conflict would be resolved and the two-part island reunited. However, negotiations broke down in 2017, and the conflict has remained unsolved since.

The standard of living in the Greek-Cypriot part of the island is generally slightly higher than in the Turkish-Cypriot part. Despite this, the whole island has a relatively high standard of living, with a well-developed health care system, a well-functioning education sector and good infrastructure.

Until the financial crisis in 2008, Cyprus made big money on its financial industry and its low taxes. Many Cypriot companies functioned as “money laundering companies” (companies claiming to make money from a legitimate business while actually making money illegally). In this way, the country benefited greatly from the fact that foreign dictators, and other criminals with illegally earned money, could conceal their illegal activities by investing their money in Cyprus.