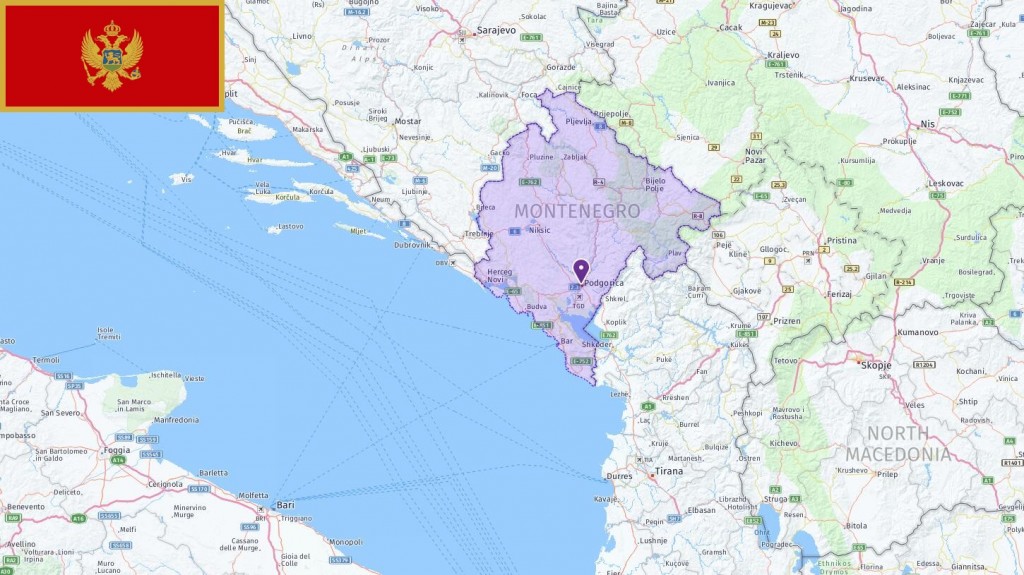 The most commonly used abbreviations about Montenegro are MNE which stands for Montenegro and EUR which means Euro (Montenegro currency). In the following table, you can see all acronyms related to Montenegro, including abbreviations for airport, city, school, port, government, and etc. 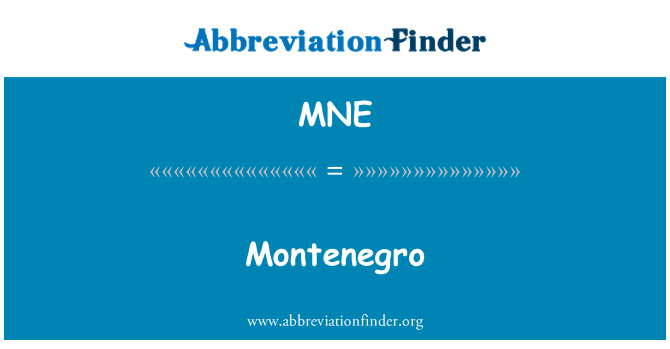 Montenegro’s geography is characterized by mountains and hilly terrain. In the northwest, the highest mountain peaks reach 2500 meters above sea level. To the southwest, there is a narrow coastal strip facing the Adriatic Sea, only part of Europe’s southernmost fjord, the Gulf of Kotor. The inland is hilly, with deep river valleys and ravines. North and west of the country’s largest lake, Lake Scutari, lies a large inland plain and large swamp areas. The country’s average height is over 900 meters. The coastal regions and lowlands have a typical Mediterranean climate with mild rainy winters and hot dry summers. The inland has a typical continental climate with mild summers and cold winters. The highest mountains are snow-covered all year round.

The biggest environmental challenges in Montenegro are pollution of the coastal areas due to poor management and sewage treatment. In addition, poor handling of waste from industrial areas has led to contamination of groundwater.

Montenegro’s original Illyrian population was displaced by slaves in the 600s. At the end of the 12th century, the area became part of the powerful kingdom of Serbia. When this disintegrated in the mid-1300s, Montenegro became an independent principality, which, in association with Venice, was in constant conflict with the Ottoman Empire. Only in 1878, during the Berlin Congress, did the Western European powers recognize Montenegro as an independent country. In 1910, Montenegro was proclaimed a kingdom, before it was united in 1918 with Serbia in the Kingdom of the Serbs, Croats and Slovenes, who from 1930 changed their name to Yugoslavia. During World War II, Montenegro first experienced Italian, then German occupation.

After World War II, Yugoslavia became a communist federation of six republics. Montenegro was part of the federation until it collapsed in 1992. The dissolution of the federation evolved to become the bloodiest war in Europe after the Second World War, leading to major devastation in Montenegro. When the dissolution was a fact, Montenegro and Serbia joined forces in the Federal Republic of Yugoslavia, which in 2003 changed its name to Serbia and Montenegro. After a referendum in 2006, the Federal Republic was dissolved and Montenegro again became an independent country.

Montenegro is a republic with a president as head of state. The president is elected in the general election for a term of five years, but has a mainly ceremonial role. The prime minister is the head of government and has the executive power in the country. After the country’s new constitution was passed in 2007, the president can only be re-elected once.

Since independence from Serbia, Montenegro’s policy has been centered around keeping the country together and working for EU and NATO membership. The country has a Stabilization and Association Agreement with the EU and was granted candidate status in December 2010. Since 2009, the country’s citizens have had visa freedom in the Schengen area.

Montenegro is still struggling to build a well-functioning society after the war that ravaged the Balkan Peninsula in the 1990s. The country’s public welfare system, and in particular the health care system, is struggling with major shortcomings and shortcomings. After the war, extensive crime grew, and human trafficking, smuggling, and widespread corruption have characterized the country ever since. Despite significant social and political improvement in recent years, there are still some internal tensions between ethnic groups, and due to differences between the less wealthy north and the more affluent coast in the south.

After independence, Montenegro’s economy had a large budget deficit. Despite the fact that the country has a lot of minerals, it is not possible to make enough profit from the extraction and production. The aluminum industry is the country’s most important industry, in addition to the iron and steel industry. In the long term, tourism can become the most important industry for the country’s economy. Tourism has grown a lot in recent years and is attracting foreign investors.

The country is struggling with widespread corruption and black labor. These are also some of the main reasons why the EU has not yet approved the country’s application for membership. High unemployment is another major problem for the country. Among young people, unemployment today is over 35 percent.