HDMI stands for High-Definition Multimedia Interface (Multimedia Interface High Resolution), which is a digital conductive interface audio and video capable of transmitting uncompressed data, being an improved alternative to analog standards such as radio frequency, VGA and others.

HDMI is a type of digital audio and video connector that replaces the old connectors used in DVD players, TVs and video monitors. 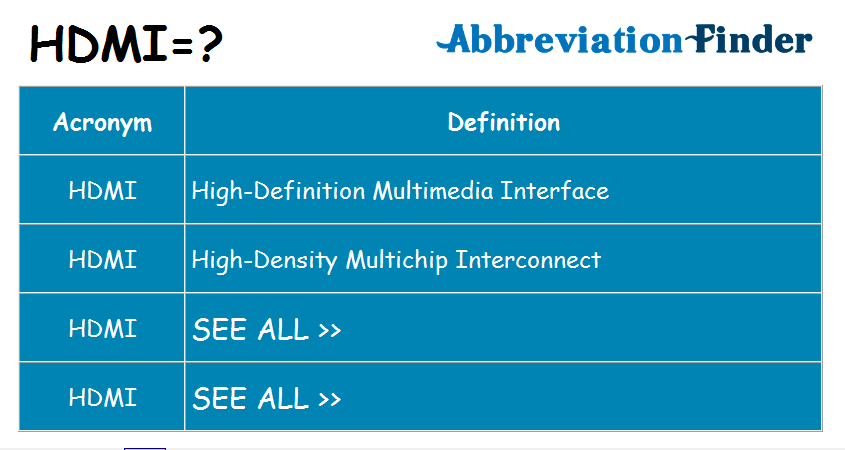 HDMI provides a communication interface between any source of digital audio and video, such as Blu-ray, DVD player, computer and etc., to any digital sound or video device, such as a digital TV and monitor, for example.

Instead of using multiple cables to connect audio and video signals from a DVD player to a TV, the idea is that there is only a single cable and connector making all necessary connections.

The biggest advantage of this standard is that the audio and video connection are made digitally, so they have better quality.

The main differences between HDMI and DVI are that HDMI supports higher resolutions than DVI, the DVI (Digital Visual Interface) only makes video connection, and the HDMI connector is much smaller than the DVI connector.

There are two main models of HDMI connectors on the market: type A and type B.

The HDMI A (19-pin) cable is the most popular, because it has direct compatibility with DVI technology. Meanwhile, HDMI B excels at enabling ultra-high-quality streaming, working from the dual link system.

Other Meanings of HDMI