OEM is the abbreviation of Original Equipment Manufacturer. OEM are products manufactured especially for large companies, they are not intended for the final consumer and therefore usually have a cost significantly lower than those found in stores.

Products that have the OEM stamp are sold to specific companies that assemble the final product, such as Dell, HP, Positive etc. Many OEM products do not reach the consumer with the label of the company that produced it, but with the brand that finished the product. 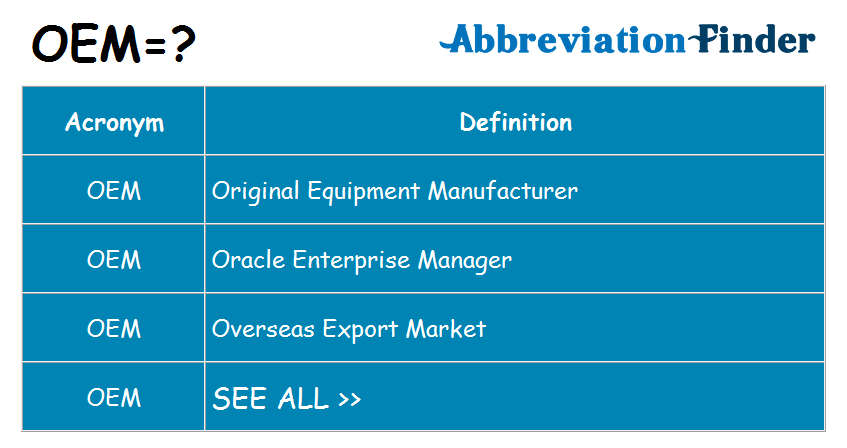 Many people opt for OEM products because they have a differentiated value, but the whole assembly process has to be performed by a reputable company, since the product is not seen in the box, it is already out and installed.

For products to be so cheap, large companies acquire them in large quantities, in addition to having their own licenses for products such as Windows, Office, etc., as well as hardware devices such as motherboards, processors, etc.

There are also the OEM software, which are software that Microsoft sells to computer companies for a much lower price than they sell to end consumers, such as Windows, motherboards etc. These systems reach the consumer when the computer is already in the store with the pre-installed software.

Other Meanings of OEM

What is DVD? DVD is the acronym for Digital Versatile Disc. DVD is a disk with the capacity to write data in a digital format, it is a more current version in relation to the CD, because it has a much greater capacity of storage of data and files.