OMG is an abbreviation of the English expression Oh My God.

This is a slang that emerged in the United States and became popular mainly on the Internet and treated as a language for SMS (Short Message Service). 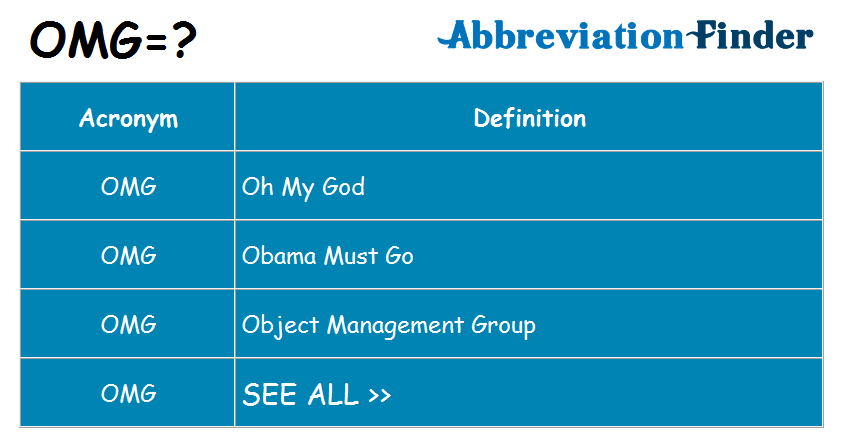 Normally, OMG is used to express the sense of wonder, awe, or surprise at something.

There are some variations of the expression, such as Oh My Gosh or Oh My Goodness, but all end up having the same meaning.

OMG is one of the most used slangs on the Internet, and initially very popular in American films, but with globalization it has expanded to many countries, including those who do not speak English as a native language.

In addition,  American rapper Usher also contributed greatly to the expansion of slang, with the release of a song called “OMG” in partnership with singer Will.i.am.

OMG is an expression so used in the United States that in the Yahoo! portal there’s a section dedicated to talking about celebrity gossip called “OMG!”.

Other Meanings of OMG