USD is the acronym for United States Dollar. The dollar is the official currency of the country, but is also used in several countries of the world, in free circulation, and especially as international reserves. 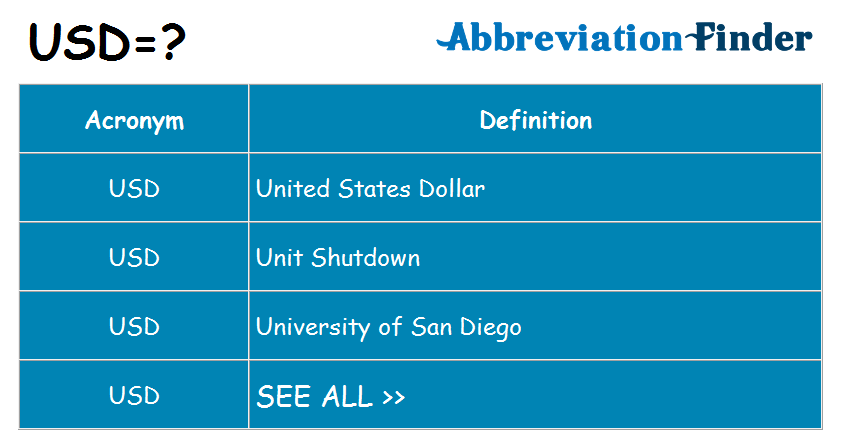 ISO 4217 establishes the three-letter international code for the various currencies. The acronym USD refers to the US dollar, written before the numerical value, to show that that amount is in dollars. The International Monetary Fund refers to the dollar with the acronym US $, an abbreviation that is used outside the United States.

The term dollar comes from thaler, which is the abbreviation for Joachimsthaler, an old silver coin used and which originated what is currently called the dollar. The dollar has already been one of the most used currencies in the world, but currently regulates with the euro in terms of importance. The dollar fluctuates according to the market, and may be both low and high.

The United States has both notes and currency, and any amount less than a dollar, is issued in currency.

USD is also a brand of extreme sports, which manufactures skates.

Other Meanings of USD

What is NEP? NEP is the acronym for New Economic Policy and was the economic policy followed in the Soviet Union after the end of communism in the war of 1921 and with the rise to power of Stalin in 1928. The NEP was based on small farms, industrial and commercial to the private initiative, […]

What is SEM? SEM is the acronym for Search Engine Marketing, which means marketing on search engines. SEM is a form of Internet marketing that aims to promote websites by increasing their visibility on the pages of results (SERPs) through the use of paid advertising, making the company in the top positions of the search results by related […]