Listen to music on the computer (or mobile digital devices) it is something that has become routine for a lot of people. In large part, the responsible for this is audio format MP3, which is so popular, it is already running in readers DVD, stereos and even cell phones. However, the MP3 format is patented and that was enough for that technology alternatives were explored. That’s what the Ogg Vorbis, a standard for digital music that is becoming each time more known. In this article, you will know the details this format.

What is Ogg Vorbis

Ogg Vorbis is a standard for digital audio developed by Xiph.Org Foundation fully open source (that is, has open code), and patent-free. The files in this format, whose extension is .ogg, tend to be a little smaller and with equal or greater quality to files in MP3. However, the biggest attraction of the Ogg Vorbis is the fact that this is a free pattern, that is, everyone can use it freely. As you read this, can you say that the same occurs with MP3. In fact, not. The MP3 format is patented and belongs the group Fraunhofer IIS from Germany. In September 1998, this group announced that it wouldroyalties (a sort of license fee to use) all of the companies that use MP3 technology in hardware and software, mainly of the encoder, which is responsible for the generation files in the format. Still, companies that sell MP3S for the internet would have that pay a small percentage of the music sold. Is for this reason that Red Hat does not provides codecs and decoders of MP3 on their Linux distributions.

On the possibility of charges still further by the use of the MP3 format, many groups began to look for an alternative. It didn’t take very long for the Ogg format to be referenced, after all, it already existed (was created in 1993), not only was very known.

Ogg is the name given to the format of the audio files created by Xiph.org. It is this part that contains the information metadata, audio, and even video. Already Vorbis, is the name given to the technique of audio compression that it is employed in the Ogg file. Thus, at least theoretically, it is possible to use the Ogg files with another compression format or use the Vorbis files in another file format. Now, it is obvious that Ogg Vorbis is the merging of technologies Ogg and Vorbis. This “partnership” occurred in 1998, after the announcement the Fraunhofer.

Technically, the Ogg Vorbis format can generate files up to 25% smaller than the equivalent MP3. In the generation of files, it is possible to set the level of quality, that is measured in values from -1 to 10, with changes made 0.1 on 0.1. Leaving the compression at level 3, it is possible to generate audio equivalent of a file in MP3 160 Kbits bit rate (recording rate per second), which ensures a greatsound quality (imagine, then, generated music in the level 10!).The format supports up to 255 channels of independent audio.

As well as the MP3, the Ogg Vorbis format, also works with the schema tags (tagging), that allows the insertion of information additional to the audio file, such as the name of the singer or of the band,name of the disk to which it belongs, year of release, etc.

One of the people behind the Ogg Vorbis is Crhistopher Montgomery, who at the beginning of the project was student computing at MIT (Massachusetts Institute of Technology). However, being an open source project, the Ogg format Vorbis has a number of developers currently.

Perhaps, the only drawback of Ogg Vorbis in relation the MP3 is the fact your compression to be almost two times more slow. However, this is not so relevant, even why is it an issue that can be resolved in the future.

To the extent that Ogg Vorbis becomes known, developers software are adding compatibility with the format, whether to execution, be it for compression. Because of this, there are already applications with Ogg Vorbis support in various operating systems.

In Windows, players such as Quintessential, Winamp and Sonique are compatible. For the generation of music in this format, you can use programs such as Audacity, Audiograbber and Freerip.

You can get a more detailed list of compatible software with Ogg Vorbis on the official website: www.vorbis.com. It is important to remember that some programs do not have support straight to Ogg Vorbis, but is it possible to add this feature via plugins.

Ogg Vorbis is also being worked on to deal with streaming, that is, transmission of audio and videoover the internet. When this is already a reality, certainly the most well-known programs will be compatible.

The standard Ogg Vorbis is far from being so popular as for the MP3, but not both. Each time more known and improved, the format is already compatible with a number of software and even with some sound devices. In addition have a sound quality that can overcome all the MP3, Ogg Vorbis also generates files a bit smaller than competing formats (such as MP3 and WMA). The AbbreviationFinder expect that Ogg Vorbis will be as successful as Firefox. 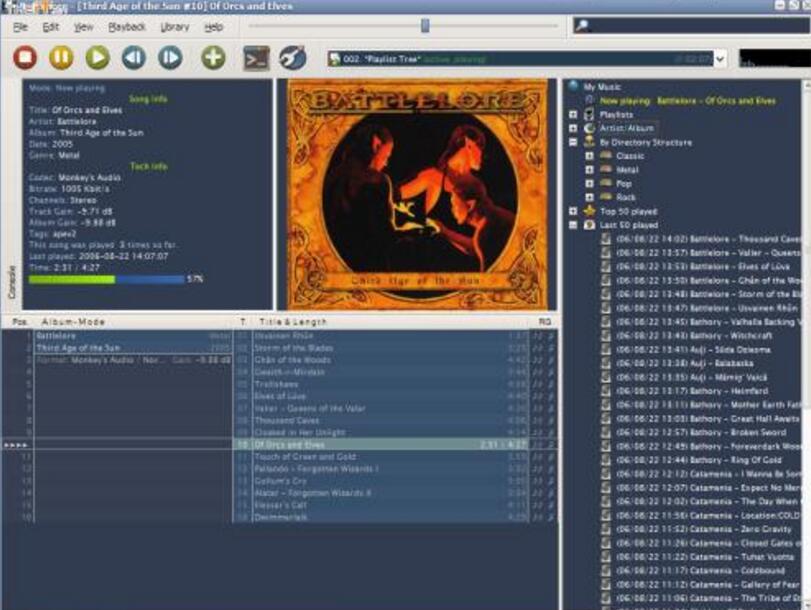 Introduction The USB standard is the most widely used for the connection of devices varied to the computer, but the industry also been giving great prominence to the technology, FireWire (or IEEE 1394 or, still, i. LINK). But, what is FireWire? What this technology has as a differential? Who is behind of your development? How it works the FireWire? What are the benefits in relation to its main competitor, the standard USB? Is […]

Introduction The name says it all: the sound cards are the devices responsible by providing the audio generated in your computer. At the beginning of the the era of PCs, this item is not existed – the only device sound present in some computers was the “PC Speaker”, used until today to issue a warning beeps from the motherboard. But, it […]

Introduction As the name suggests, the memory is DDR2 (DoubleData Rate 2) is an evolution of the memory DDR. Among its main characteristics are the lower consumption of electric power and higher rates of speed. In this article, you know more details of the memories DDR2 and see what are your main differentials in relation to the previous standard. Operation and characteristics of […]