LAX is the abbreviation code for Los Angeles International Airport. According to Abbreviation Finder, LAX can also mean: 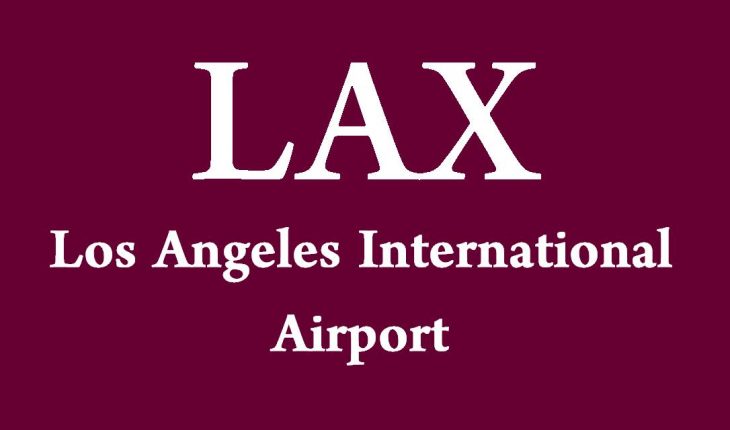 The Los Angeles International Airport is the main commercial airport in the US state of California and an important hub for Alaska Airlines, American Airlines, Delta Air Lines, Southwest Airlines, Spirit Airlines, United Airlines and Virgin America. In terms of annual flight movements, passengers and air freight figures, it is one of the ten largest airports in the world.

In addition to Los Angeles International, the LA / Ontario Int. Airport in San Bernadino County and the Van Nuys Airportin the San Fernando Valley, but this is currently not used commercially. The “FlyAway” is a regular shuttle bus service between the three airports, which is offered by the Los Angeles World Airports Department (LAWA).

Location
The airport, which was officially opened in 1937, is located approx. 20 kilometers southwest of downtown Los Angeles. The terminal area can be reached via Interstate I-405 at exits 47 and 48 (San Diego Freeway), via Interstate I-105 (Glenn Anderson Freeway) or via California State Route # 1 (Highway 1).

In the transfer area all yellow signal signs for the taxis are marked, for the car rental companies in purple, for the shuttle buses within Los Angeles in blue, for longer distances e.g. to Santa Barbara in green, for the vans and limousines in orange and for the hotel buses in red.

All free shuttles are marked with letters. The A – bus shuttles to connect the terminals, the C-bus shuttlesdrive to parking area C, the G-bus shuttle transports passengers to the “Green Line” metro station. To get downtown, first take the “Green Line” to Imperial / Wilmington Station (LACMTA Station) and then change to the “Blue Line”.

Other daily bus connections include the Southern California Gray Line to the Disneyland Resort in Anaheim, an airport bus to Bakersfield, the “Antelope Express” to Acton, Lancaster and Palmdale (Antelope Valley), the “SB-Airbus” to Carpinteria, Goleta and Santa Barbara or with the “Ventura County Airporter” to Ventura. You can find out all current departure times directly on site or on the Internet. Otherwise, it is also possible to travel to and from the airport by taxi.

History
The airport area on the Pacific Ocean, south of the Westchester district, was chosen for air traffic as early as 1928. The area then known as Mines Field, named after William M. Mines, the real estate agent who handled the purchase agreement, initially consisted of a provisional and unpaved runway. The first buildings accessible to passengers (wooden barracks) were only erected in late summer of the following year.

It was not until 1937 that the city bought the airport, founded its own department and renamed it Los Angeles Airport in 1941, the first renaming and upgrading to Los Angeles International Airport followed in 1949. Until then, the Grand Central Air Terminal was in Glendale, before and after the war, the local commercial airport in the metropolitan area.

Due to the steadily growing volume of traffic after the Second World War and the beginning of the age of jet planes, a concept was drawn up in 1958 by several well-known architects to design the airport area for the future. The first project was a station building completed in 1961, which has the shape of a UFO with four wings. The first jet from New York landed in 1959 and the first jumbo jets (Boeing 747) finally followed in 1970 when the then TWA used them on its route from New York to Los Angeles.

A further expansion of the area finally followed in 1981 when it became known that Los Angeles was to be the venue for the 1984 Summer Olympics, for which the airport commission provided the sum of around 700 million dollars. The old terminal was to be completely renewed, and it was also agreed to construct another terminal for domestic American and one for international scheduled air traffic. The groundbreaking ceremony for this followed the following July by the then Mayor Tom Bradley, after whom the international terminal was named, and the highly respected Air Force General James Harold Doolittle. The official opening of the renovated and expanded airport area took place one month before the Olympics, on June 11, 1984.

Another new terminal for the Airbus A380 was expanded and inaugurated in 2007, and the expansion of a fully automatic underground people mover is planned, which will connect all eight terminals with the metro. Construction is scheduled to begin in 2017 and be completed by 2024.

What is UNESCO? Unesco is the acronym for United Nations Educational, Scientific and Cultural Organization. It was founded just after the end of World War II with the goal of contributing to peace and security in the world through education, science, culture and communications. The headquarters of Unesco is in Paris, France, and Unesco operates in 112 […]